Mozambique has lost a total of $209m and 198,000 jobs since the beginning of the terrorist attacks in Cabo Delgado province over three years ago, according to the head of business association CTA.

Agostinho Vuma said that $100m was lost in agrarian production, $95m in capital goods and $14m in cash flow of various supply chains.

The losses do not include the impact of the recent attack on the town of Palma and the suspension of work on the nearby gas project, which has already led South African construction firm Wilson Bayly Holmes Ovcon to dismiss workers building a work camp at the project site.

Vuma also estimated that 1,110 companies had been forced to close due to terrorism, partly due to being located in places attacked by terrorists but mostly due to disruption of supply chains.

According to Gulamo Aboobakar, the head of the Cabo Delgado business council, about $300m of investments in the province have been written off.

Many companies have dismissed thousands of staff in Cabo Delgado after French multinational Total announced it was suspending activities on its natural gas project. President Filipe Nyusi has said that the attacks are a threat to the development of the country. 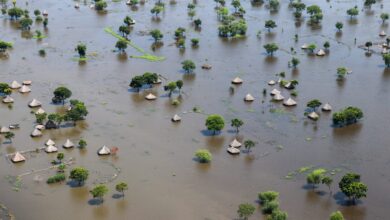