Jerome Feudjio , a native of Cameroon precisely from Dschang in the West province is on his set to make history with his imminent installation as Bishop in the US Virgin Islands. The  new Bishop-Elect was appointed by Pope Francis for the Diocese of Saint Thomas  in the US, Virgin Islands recently.  He was ordained priest by His Eminence Cardinal Sean O’Malley of the Diocese of Saint Thomas on September 29,1990.

His numerous pastoral and administrative assignments in the Diocese include serving as Vicar General, the Moderator of the curia, the Vicar for Clergy and Vocations, and the Rector of Saints Peter and Paul Cathedral. On March 2nd, His Holiness Pope Francis appointed him as the 6th Bishop of the Diocese of Saint Thomas in the US, Virgin Islands. He is the First African-Born Bishop appointed in the United States of America.

On April 16,2021 Msgr.Jerome Feudjio will be installed and ordained as the Bishop of Saint Thomas, Virgin Islands. The Cameroonian population as well as a cross section of African faithful are expected to play a significant role in the ordination either in person or in spirit. This is indeed an indication that the Church in Africa has grown. Africa now sends in missionaries to the United States, Europe, and Asia.

The news of an immigrant Bishop was received with joy especially in the United States. The humble Bishop-Elect has proven beyond thought that Africa is a blessed land. The task of a Bishop is not easy but with prayer all things are possible.

The  Episcopal  Ordination and Installation will be broadcast live via www.cathedralvi.org or on local EWTN, Channel 7. 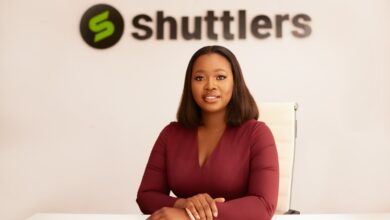