Women have been identified as having an important role to play in bringing the much talk about a peaceful resolution to the ongoing Anglophone crisis. In a webinar by the Nkafu Policy Institute of the Denis and Lenora Foretia Foundation this April 29, 2021, titled “Gender Perspectives: The Role of Women in Resolving the Anglophone Crisis in Cameroon” experts from various domains univocally placed women at the forefront of searching for solutions to the crisis.

For close to five years that the armed conflict in the North West and South West regions erupted and has dragged on, the role of the women in mitigating and or resolving the conflict is underestimated.  The continuous conflict produces gendered outcomes in Cameroon, with particular shifts enabling Cameroonian women to participate in activities – such as conflict resolution – that were previously considered an exclusively male domain.

“Most of the displaced persons in the crisis are women with the conflict affecting everyone. Women are trying to change the narratives of the conflict. The crisis will not come to an end without women being part of it,” Velveeta Viban, Youth and Gender activist, Co-founder of ImageNation.

Although women have frequently been the first to take the risks necessary to promote dialogue across divided communities, as they have attempted in the ongoing Anglophone conflict, they are marginalized from taking these initiatives.

To Kwalar Bongnjo, Conflict Analyst at Africa Knowledge and Policy Centre (AKPC), women have always played a role in terms of negotiation and peacebuilding. ‘Women by nature are peacebuilders than their male counterparts. They have a crucial role to play,” He said.

“In conflict women and children are mostly seen as a vulnerable and marginalized group. Their role in seeking a solution is important. We need to see women as participants and not victims concerning the crisis,” Kwalar Bongnjo said.

The Cameroon government has made moves in bringing a solution to the crisis but women have and are still being related to the background. Decisions are mostly taking by their male counterparts and expect the women to just follow.

On that issue, Kwalar Bongnjo said: “The government should empower women who can then take these messages to the grassroots. Even with the Commissions that have been created such as the DDRC we see limited participation from women with just one on the Commission which is unacceptable.

Women have unique opportunities for conflict resolution and peacebuilding due to the unique role they play in society. The recent calls for a cessation of hostilities by some women in the country and especially those in crisis-hit regions indicate their frustration with the handling of the crisis. It also demonstrates the unique roles women have in building peace in society and bringing to an end violent conflict.

“Women are seen as survivors and advocate for peace. They are the untapped voices in the conflict and the ones pushing for a solution,” Sally Maforchi Mboumien, Executive Director at Common Action for Gender Development (COMAGEND) stated.

“Women play an integral part such as mediators and negotiators in getting a peaceful resolution to the crisis… Cameroon may witness another type of discrimination that the world has never seen even when the crisis comes to an end.”

Sally Maforchi Mboumien added: “We need people who have something to give to come on board. We do not need lip service. Our next policy should be to take a conscious gender mainstreaming bringing in the people who have the real solution to the crisis… The contribution of women has not been documented and their participation is not being brought to the forefront even at the National Dialogue where women groups were not given access.

“Women need access, space they can breathe, speak in their diversity and come out with a good view. We should stop speaking for women in this crisis and let them speak for themselves,” Sally Maforchi Mboumien said.

The close to five years of armed conflict in the North West and South West regions of Cameroon has caused maleficent obliteration of human lives and property. Regardless of the efforts taken by the national and international interested parties in bringing to an end the crisis, armed hostilities such as; kidnapping for ransoms, civil strife, enforced disappearances and killings committed by both the Cameroon military and separatist fighters have continued to go unabated. 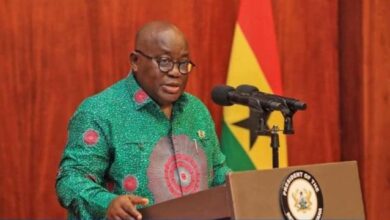