The terror attacks on Palma are not simply targets of opportunity. They are strategic targets. The goal is to destroy Mozambique’s government’s ability to produce, export gas, fight poverty, create jobs and to make it clear that the government cannot protect oil company personnel or assets.

This is terrorism and must be condemned in all forms. These terrorist attacks if not taken seriously will cost the Mozambican government billions of dollars in lost investment and LNG earnings.

The African Energy Chamber is encouraged by the response of the President Nyusi and the Mozambique government. We continue to closely monitor the situation in close co-ordination with authorities in Mozambique and the energy companies.

“The international community is slowly realizing that the issue of terrorism is not only a Mozambique problem but a global problem. A swift and coordinated global response is needed to confront these band of terrorist, whose only goal is to inflict pain and poverty into a population that is already in distress” stated NJ Ayuk, Executive Chairman of the African Energy Chamber.

“President Nyusi and Mozambique should not be left to solve this alone. The International community must support President Nyusi with the needed assistance to secure peace and stability. After that the President can also start the process of  rebuilding what has become quite a fractured population in Cabo Delgado.” conclude Ayuk

The tangible improvements to the security environment in Cabo Delgado have enabled energy companies to resume activities. The resumption is very positive, and credit must be given to the government and the energy companies who see their work as contributing to the growth of Mozambique. Investments of billions of dollars have already been made, but an escalation of violence is putting the future of these investments at risk.

We also note that the interruption will result in minor delays in development schedule of key projects however, we are confident that the operators can minimize those and continue a rapid ramp-up of the projects.

There will be peace in Mozambique. It is not impossible. The Mozambican people are resilient and understand what is at stake. It will take time, diligence and discipline on the part of the government, and buy-in by the oil companies. The Mozambican economy will benefit from LNG earnings and more exploration.

Genocide, Africa and The French Connection

Libya: 800 migrants and refugees held in a dangerously overcrowded detention centre in Zuwara 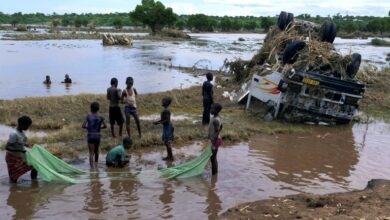