A majority of Kenyans have expressed their disappointment over what they term as a “strange” move by President Uhuru Kenyatta to review Covid-19 containment measures.

The irate Kenyans said the President should have stressed implementing the already existing measures instead of imposing tougher ones.

In a move to curb the surging Covid-19 cases in the country, President Uhuru Kenyatta, on Friday, March 26, restricted movement in and out of five counties: Nairobi, Nakuru, Machakos, Kiambu.

“In January 2021, 20 Kenyans were in intensive care unit wards. In February, the number rose by nearly 30. In March, the ICU admissions shot up to 930,” said President Kenyatta.

The five counties’ curfew hours have also been changed from 10 pm-4am to 8 pm-4am, effective Saturday, March 27. However, the curfew hours in other parts of the country remain 10pm to 4 pm.

The Head of the State also suspended Parliament sessions and County Assembly meetings in the mentioned areas until further notice.

Physical cabinet meetings were also brought to a halt.

Religious meetings were also banned in the “disease-infected” zones. However, other regions will go on with their worship services but must observe the third capacity rule.

In the new measures, the President also banned face-to-face learning in all universities, colleges, and vocational training institutions, except for final year students doing their exams.

Visitors jetting into Kenya must have a Covid-19 negative certificate taken 96 hours before the arrival date.

Owners of bars were ordered to close their premises until further notice, and restaurants were directed to provide takeaway services.

Social gatherings will have a maximum of 15 people, and only 30 Kenyans are allowed to attend a wedding ceremony.

The public service vehicles are ordered to carry 60 percent of their capacity, and public servants are asked to work from home.

On funeral arrangements, families were directed to bury their loved ones within 72 hours from the day of demise.

The announcement elicited fierce criticism from struggling Kenyans who have been hit hard by the pandemic. Others also used the opportunity to narrate their ordeals.

“I have been a waiter since I came back to Nairobi after losing my previous job. Now, chances are, I am likely gonna lose this one too. Where did i go wrong?” said Lawrence Kinuthia.

“Some directives by the way don’t make sense to me. You should give kenyans some time before imposing. Atleast 24 to 48 hours. Imagine having gone for a business meeting in Mombasa but you live in Nairobi. How are you supposed to stay in Mombasa UNTIL FURTHER NOTICE?” posed Bravin Yuri.

“President is destabilizing the business environment when it is just picking up yet he has no solutions or not offering any kind of amnesty to reduce the cost of running business with aspects like fuel being at all time high,” said Elli Chanzu. 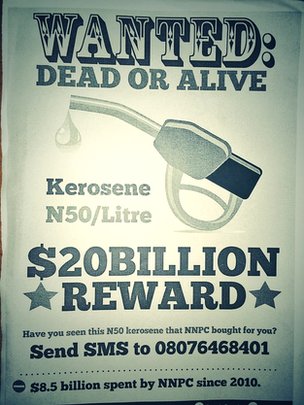