Juba – The Office of the U.N. Commissioner for Human Rights has  accused military and political officials in South Sudan for  supporting well-armed militias in the Greater Jonglei region fueling community-based violence that  killed more than 700 people between January and August of last year

In a joint report released Monday, the OHCHR and the United Nations Mission in South Sudan (UNMISS) called on the South Sudan government to hold to account not just those who committed the killings and abductions, but also local chiefs, military and political leaders who fueled intercommunal violence and supplied weapons to local militias.

The 36-page report investigated a brutal attacks and detailed armed violence and human rights violations committed by militias from the Dinka, the Nuer, and the Murle communities in Jonglei state and the Greater Pibor Administrative Area between January and August 2020.

During the violence, thousands of fighters from Dinka, Nuer and Murle organized militias, dressed in a mix of military and civilian clothing, conducted planned and coordinated attacks on villages in broad daylight, indiscriminately killing people with machetes, knives, AK-47s and, on some occasions, rocket-propelled grenades.

These attacks had devastating consequences. More than 738 people were killed and 320 wounded, 686 women and children were abducted, and at least 39 women were raped, according to the report.

Members of Government and opposition forces also actively participated in the fighting according to their kinship or in a calculated move to reinforce political alliances and widen divisions that risk undermining the 2018 peace agreement.

According to the report, the South Sudan People’s Defence Force (SSPDF) failed to stop the violence and there has been no attempt to hold those responsible accountable.

The report found that at least 50 traditional chiefs and spiritual leaders as well as military and political elites directly or indirectly supported the community-based militias involved in this violence.

“The heavy involvement of political and administrative actors, as well as SSPDF and SPLA – IO IO/RM commanders in their individual capacity and according to their kinship, has undoubtedly influenced this evolution. In this regard, based on available information, HRD considers that at least 50 of these actors may have instigated and/or directly or indirectly supported the community – based militias involved in the attacks,” the report said.

“The risk that these community-based militias will reignite armed violence is too grave to ignore. It is of paramount importance that the government takes effective steps to ensure that members of the security forces are prevented from supplying weapons from government stocks to these militias,” said U.N. High Commissioner for Human Rights Michelle Bachelet in the report.

The report also said the violence was exacerbated by a government vacuum created by the 15 Fed declaration of president Kiir to revert to a 10 – states structure and to establish three administrative areas.

Although grass-roots reconciliation efforts and peace conference have been held between Dinka, Nuer and Murle communities of Jonglei region, however, the report states the government has not undertaken “any meaningful action” to investigate and prosecute those responsible for human rights abuses in Greater Jonglei and the Pibor Administrative Area.

The report further said the government must speed up the process of creating a unified army as provided for in the 2018 peace agreement in order to prevent more violence from occurring.

The violence also displaced tens of thousands of people. Civilian property and humanitarian facilities were looted or destroyed, and at least 86,000 cattle worth over $35 million were stolen, according to the U.N. report.

UNMISS and OHCHR called on the government to finalize the appointment of local administrators and local assemblies throughout Jonglei state and the Greater Pibor Administrative Area to investigate all charges of human rights violations and abuses and to prosecute those responsible.

The report says “immediate and strong” steps should also be taken to facilitate the release and reunification of abducted women and children with their families.

However, eight months of armed violence in Jonglei and Greater Pibor administrative areas (from Jan to August) had devastating consequences for local communities already battling the humanitarian consequences of prolonged floods.

Buhari, Kachikwu And The Feeling Of Fulfillment 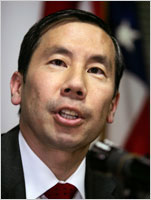