The Reading on the Waves programme , a programme sponsored by the Canadian  organisation for Distance learning in Crisis (CODE) , Farm radio International (FRI) through it local partners The Association of Language and Literacy Educators (TALLE) recently ended its reading teaching and learning programme in Bo and Kambia district respectively.

It could be recalled that reading on  the  Waves programme  was launched in November 2020 as a way to support education during the deadly pandemic ,it  is a family literacy initiative that has supported parents ability to engage with their children in reading and learning activities through a daily radio-programming.

In his statement the Deputy Director of Education Kambia district, Ibrahim Yayah Fofanah, spoke about the importance of education and the impact the radio teaching programme has done to the Kambia district and its environs stating that it has greatly helped the pupils, their families especially during the corona virus crisis when schools were closed.

Programme Manager TALLE, Dr. Alhaji Sallieu Kanu said they were happy as an organisation because the putting together of the Reading on the Waves programme ‘came at a time when the entire world witnessed a very deadly attack, from the Corona Virus adding that, the programme, was borne out of the feeling that during the moment the entire school system was closed in the country.

“That was how we sat as an organisation and our partners CODE in Canada and in response, we sat together and they got us into the loop and think about our own people in Sierra Leone and also our colleagues in Liberia. Those people, who put what you are talking about today, are three namely; CODE the head, Farm Radio International which is in the charge of the radio programme and TALLE , we are responsible for the materials , the books , you are talking about,’’ he said.

He added that they were very impressed with the programme, the calling and sharing of answers during  quiz by the kids stating that radio has a pivotal role in the promotion of quality education in the community thus they are working on modalities to continue with the project in Kambia/Bo  district.

On her part, Mariama Sowe, Consultant of Farm Radio International in Sierra Leone said the impact of the radio is felt everywhere in Kambia and in Bo stating that when she listened to the radio programme, the calling in, she enjoyed listening to the feedback about how they appreciate the intervention  of the RoW programme.

She added that, for her one of the greatest impact is on the communities was not only learning to read on the radio but also getting families to read together, to have time with their children citing a farmer saying, he doesn’t want the programme to go because that was the only way he gets attached to his family.

“Like now when you played that vox-pop the farmer was saying that, he doesn’t want the program to go because this is the only way he gets attached to his family, you know. So we are happy to know that we have created that impact and also above all our covid tips as we are still experiencing the Covid 19 pandemic impact is clearly seen in the kids as they know the preventive measures on the deadly pandemic and how it’s important to wash their hands, the need for social distancing and the use of face mask,’’ Mariama Sowe further said.

Mohamed Salieu Jalloh, Senior Teacher in the Kambia district, whilst commenting on the impact about the reading on the waves programme said, the cordiality between them and their children in terms of getting together and listening together to a local broadcast has been great adding that although there has been a teaching learning programme before but it was not localised in a way that their kids where enjoying it compared to this reading on the waves.

“On behalf of my colleague teachers’ in the district, we really appreciate the sponsors and supporters of this programme and we would like this programme to continue because it will add value to our work as teachers. Thank you,’’ he said.

One of the pupils, Isha I Dumbuya, a class 5 pupil from KDC Primary School Kukuna in Kambia district said that she enjoyed taking part in the radio programme adding that she learn a lot from spelling and how to read well but said she will the calling and answering sessions of the programme. 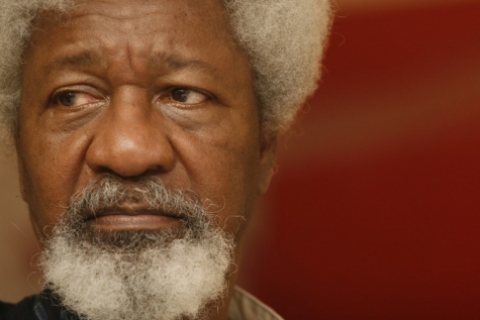