The President Paul Kagame on Monday appointed the minister of Local Government (MINALOC) and the minister for Trade and Industry (MINICOM) and appointed four new provincial governors.

The president appointed Jean Marie Vianney Gatabazi as the Minister for Local Government.Gatabazi who until his appointment was serving as the Governor of Northern Province replaces Prof. Anastase Shyaka.

Elsewhere, BéataHabyarimana was appointed the minister for Trade and Industry (MINICOM) replacing Soraya Hakuziyaremye who has been appointed as the Deputy Governor of the National Bank of Rwanda (BNR) in French Acronym.

Habyarimana has a Masters Degree in Business Administration in Finance has a stint as a senior banker in various banks in the country.

Her banking career includes a stint as the Chief Executive Officer of Agaseke bank and a She has a stint  Master Of Business Administration in Finance and the head of Compliance and Risk Mitigation Manager at Bank Populaire du Rwanda.

Following the appointment both the ministers said there were grateful to the President for the trust bestowed to them and committed to selflessly serve the country.

“I am extremely grateful to your excellency Paul Kagame for this extended opportunity in serving the country as Minister of Local Government, I will never let you down and will keep on striving for the revolutionary leadership& Economic transformation, God bless you abundantly,” said Gatabazi in a tweet shortly after the announcement.

“I am deeply honored for the trust His Excellency Paul Kagame has bestowed in my person for this responsibility. I pledge to serve our country with dedication and to the best of my ability under your leadership,” Beata Habyarimana

In the same announcement, President Kagame appointed four new Governors who will be leading the country’s four provinces.

They include the former immediate Inspector General of Police Emmanuel Gasana who was appointed as the new governor of Easter Province replacing Fred Mufurukye.

Gasana has been recently removed from the position of Southern Province governor and has been off for months.

Also appointed was Francois Habitegeko as the Western Province governor. Habitegeko successfully completed his two terms as the Mayor of the rural Nyaruguru district in the same province he will be leading. There, Habitegeko replaces a seasoned governor Alphonse Munyentwari.

In the Southern Province, Alice Kayitese who was the acting governor was also appointed the governor of the same province.

Coronavirus – Nigeria: A total of 190 confirmed cases and 2 deaths of COVID-19 have been recorded in Nigeria

Voluntary repatriation of refugees from Angola to DR Congo resumes 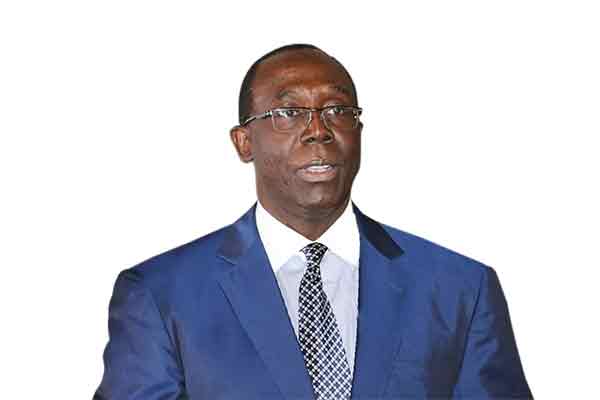