Nigeria is in a spin at the moment. And the popular interpretation on the streets has to do with people summoning all of the wits they can muster in an existential race against time that has about one simple goal: surviving President Muhammadu Buhari’s two more years in office. It is that harrowing.

Nowhere is this more ominous than when it comes to attempting to understand the Fulani herder’s crisis. Ordinarily a trade association, the umbrella association of nomadic cattle herders, the Miyetti Allah Cattle Breeders Association of Nigeria, MACBAN has become a ubiquitous cog in the entire dilemma.

A strong backer and defender of the Buhari administration, it had reportedly mobilised its members and even publicly raised funds for the President’s re-election almost two years ago.

That and other strong points of association have literally placed the group as untouchable. In a recent open letter, the Governor of the Middle Belt state of Benue, Samuel Ortom complained very bitterly about the activities of the group lamenting that even when several reports had fingered members of the group as being involved in the mounting crisis of insecurity in his state and beyond for some time now, they have largely been treated with kid gloves.

It is not only Ortom who is complaining about what is being perceived in a lot of Southern Nigeria and the Middle Belt region as the uneven and underwhelming handling of the affairs of state under the Muhammadu Buhari Presidency. From former President Olusegun Obasanjo through Nobel laureate, Professor Wole Soyinka and on to Senate Minority Leader, Eyinnaya Abaribe, the din of unimpressed voices has been loud and long.

In its reactions, the Buhari Presidency has continued to protest that it is doing everything within its power to address the challenges on the way. And even when some would give it the benefit of doubt, a number of the actions and non-actions of the administration tend to provide even more fuel for its critics.

For example, when Ondo State Governor, Rotimi Akeredolu moved to evict illegal herder-squatters who had encroached on the state’s grazing reserves that were allegedly being used as a stronghold for criminal activities, the Presidency cautioned the governor that it was not within his remit to do so.

However, the Governor, who is himself a Senior Advocate of Nigeria, and other commentators have since forced a retreat of sorts by the Presidency even as more acts of banditry and kidnapping taking place all across the country has practically forced the same administration to now be pleading almost ceaselessly with sub-national authorities to do more in the area of insecurity curtailment.

Again, strains of discontent have been stirred as regards the recent sanctioning of tough security action against alleged operatives of the Eastern Security Network, ESN militia that is said to be linked to the proscribed Independent People of Biafra, IPOB. The militia had allegedly mobilised to chase out stranger elements that had established fortresses in farmlands, bushes and forests of the South East, ostensibly engaged in grazing their cattle, but who were now being accused of engaging in uncivil, if not outrightly criminal activities.

At the other end of the spectrum, the administration had stood relatively idly by while the Islamic cleric, Sheikh Gumi moved in and out of bandit enclaves in states like Zamfara and Niger to negotiate the release of child-hostages that had been abducted from their schools, a rising trend that has now led to about half of the states in the North shutting down their educational institutions. Not even the Sheikh’s national security gaffe in the course of his forest-trotting when he reportedly told the bandits that it was only Nigerian Christian troops that were attacking and killing them could pull out either the security high command or the Presidency to make a simple rebuttal of the very dangerous claim in an already turbocharged field.

Indeed, so troubling is the crisis in Zamfara that a ban on mining activities and a no-fly zone has now been declared across the state.

Within the circumstance and in the light of the continuing inability of the administration to look beyond its narrow prisms and mobilise cross-cutting national support for a determined push to fairly, evenly and decisively combat the menace as has been suggested by the likes of former Senate President, Bukola Saraki, some of the local community reaction to the insecurity challenge has also begun to take several unnerving dimensions.

On its part, MACBAN is miffed that Cattle herders foraging for pasture in the Southern parts of the country are coming under increasing pressure from local communities and groups who complain that not only do some of the herders casually trample upon their farmlands and assets with impunity, they are also alleged to be in sync with the increasing bands of bandits and kidnappers that have lately expanded their nefarious activities further afield down south.

As the crisis escalated, farm produce trading groups from the North joined in the fray and began implementing a self-declared food blockade to compel the Southern communities to see reason and allow business and economic operators from the North free room to go about their activities without let or hindrance in the South. The reaction from the South is that there is nothing to back down on and that communities and individuals reserve the right to institute self-defence measures in the face of inadequate security coverage of the nation.

This has come at the cost of rising food prices in the South as well as a lot of the perishable agricultural products from the North getting spoilt on account of their not being evacuated to Southern consumer markets. Indeed, it is quite a troubling time in Nigeria.

A crisis and its perspectives

It was the notable Nigerian writer, Chinua Achebe who wrote and published the not very hopeful and controversially titled book, There was a country shortly before his passage. A personal memoir, the book tells a sad tale of Nigeria’s decline from being a land of promise, hope and opportunity to one of distrust, tension, crises and poor performance. And somewhat following in the tradition of his earlier 1966 work, A Man of the People, which had fictionally foretold the cataclysm that was to befall the country through the introduction of the first military coup only days after the pages rolled off the press, the ensuing events today seem to be clothing Achebe once again in the robes of ‘the man who saw tomorrow.’

However, as the debate rages over how best to diffuse the tense situation in the country, one of the very perplexing parts of the challenge is that many do not get the impression that the man on whom the weight of fixing the challenge rests, President Muhammadu Buhari is fully on top of the issues.

With his scarcely speaking directly to the challenge and also not being seen as fully engaging all the parties in the fray and even beyond, in a most robust and upbeat manner, room has evidently been left for many others with disparate intentions to take the high crest. And it is a situation that troubles many as in the midst of it all, other existential challenges that Nigerians face and which should ordinarily attract greater governmental response, continue to be given scant attention.

One such area of difficulty has to do with soaring inflation rates which some commentators are already beginning to project could get up to the troubling 20 percent mark before the middle of the year. And their forecasts are presently being underscored by the sheer realities of increasing food and transportation costs, utility bills and even a much anticipated fuel price hike.

Laments Thomas Okoro: ‘It is a quite difficult time for the ordinary Nigerian at the moment. Rising food costs, electricity bills and fuel prices has really made it very difficult for many to make ends meet. It is worrisome.’

For the commentator, Tony Ezeh, quite drastic action may be needed to begin to right size the nation at this point in time.

‘I think we need to do something quite urgent. The country is in a dire shape and the future is not looking too good going by the realities of the moment. Drastic action is needed to turn the corner and it is most important that we find both the pathway and the courage to take those bold steps now.’

What is to be done

Across the span of the country, it is almost a daily tale of fumblings, tragedies, mis steps and ebbing faith. Many are dispirited. And the chiefest faith-killer is what was ordinarily supposed to be the walkover piece of cake for the President: the security of lives and properties in the nation

Strangely, one point of relief at the moment is the prospects of fresh elections even when they are yet some two years away.

Nigeria’s constitution insists that an incoming president must poll 25 per cent of votes scored in at least 24 states and the federal capital in addition to a plurality of the total votes cast. With no power bloc, ethnic, religious and geographical, able to get this ordinarily, it pressures horse trading and alliances across board.

Already, the President’s party has seemingly kicked off the process with the registration of members. In Nigerian politics at the highest levels where internal democracy is literally absent, control of party membership lists is one step away in controlling party executives at the ward, local government, state and federal levels which in itself is a step away from controlling the nominations process for who gets what ticket to represent the party.

There is another challenge. With the ruling APC showing signs of political intolerance for opposition and given the materialist base of traditional Nigerian politics, all roads are presently leading to the APC, with scores of opposition politicians jumping ship. Of course, many are also perplexed that this is happening at a time when there is widespread angst over the poor performance of the ruling party, but then with no viable elbow room to manouvre and with expanding poverty and hunger in the land, people are just clutching at any straws they can find, no matter how opportunistic.

However, in the midst of it all, the discordant security notes remain the biggest aspect of the challenge. And then you can add to it the expansion of ethno-religious conflicts and the poor management of relations among the disparate people groups that comprise the nation.

Under the pervading atmosphere even what would have come through as small gains such as the nation exiting recession, the near completion of the Dangote refinery and the good fortune of increased oil prices continue to be hobbled by other contradictions. Nigeria signed up to African Continental Free Trade Area, AfCFTA but it is clearly missing in action largely yet. An insistence on continuing to borrow huge sums for largely uneconomic infrastructure projects is also actually a challenge. It has led to a spike in the debt to GDP ratio and an increase of the foreign debt stock. Quite dire straits you would say. 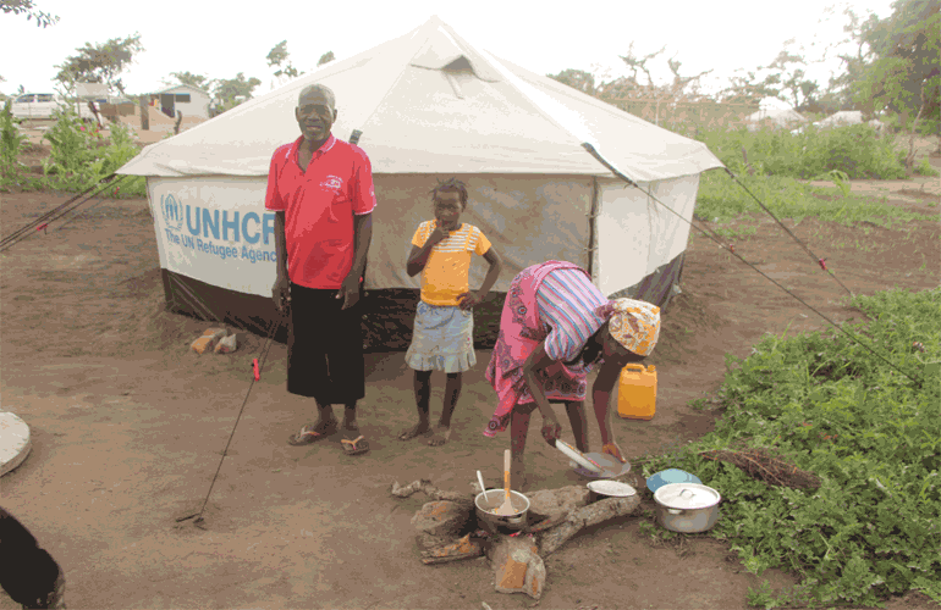