The suffering of civilians in Cameroon’s formerly British portion should shame the world. Justice demands that decades of marginalisation and grievance be addressed through a new constitutional settlement based on the principle of consent, guaranteeing Anglophone citizens a democratic right to self-determination.

But how? We can learn lessons from earlier struggles. The following comments are from someone who has the luxury of living far from the conflict, and they are offered with respect and humility.

The limits of military action

Most African liberation movements did not achieve military victories. Even during the Cold War, when the Soviet Union provided weapons, armed conflict led to stalemates, not triumphs. The moral weight of political arguments triumphed, not military force. Cameroon has a political crisis demanding a political solution, and inclusive peace talks are the only way to resolve grievances.

-to present voters at home with a credible, morally superior alternative to the corrupt elite, even if elections were rigged against them;

-to present the global community with a viable choice of partner, allaying fears of insecurity or economic chaos if the country were under new management;

-to find overseas friends to educate the world about their cause and echo their political demands, urging diplomats to pressure Apartheid South Africa and Islamist Sudan.

France supports the Yaoundé administration in Cameroon not because it loves President Biya and his cronies but because diplomats fear change. They need to be reassured that there is a credible administration within the ranks of the Anglophone struggle.

While Dr John Garang was alive, he pulled Sudan’s ethnic rivals into a coherent political movement, the SPLM. He convinced diplomats that the SPLM could be trusted to run an independent South Sudan. (Sadly, since Garang’s death, his successors have manipulated ethnic differences to further their own selfish aims, causing instability.)

Foreign elites find it more palatable to advocate for and negotiate with political parties, rather than armed movements. They cannot be seen to reward violence. Creating a political wing is a shrewd tactic, even if the existing political system in the country is dishonest and corrupt. A political wing can take the moral high ground, exposing rigged elections, protesting voter intimidation, and highlighting the imprisonment of opposition leaders.

The IRA’s Sinn Fein rejected the sovereignty of the British government – but it still participated in elections, winning seats, status, and legitimacy. FARC (Revolutionary Armed Forces of Colombia) and the Communist rebels in Nepal also had political wings which fought elections. The armed Basque separatists of Spain and France, and the Palestine Liberation Organization (PLO), had political wings which participated in negotiations, and now run devolved governments.

Conversely, in Sudan, Darfur’s armed groups failed to form a united front or a political wing, having no overseas friends. They remain on the margins, made irrelevant by the civil society groups that caused President Bashir’s downfall in 2019.

In Cameroon, it can be dangerous to enter elections. However, politics isn’t only elections: a political platform, separate from violence, enables spokespeople to be heard day after day by diplomats, the media and voters. When parties protest against a poll because it is rigged, making a virtue of it, that becomes the story in the international media. It is impossible for the regime to claim it conducted a free and fair election process meeting international standards of legitimacy. For instance, no one recalls how many votes Yoweri Museveni scored recently in Uganda’s poll: the story was about Bobi Wine’s supporters being cheated by a corrupt and brutal regime.

Knowing when to talk

Does a temporary cessation of armed hostilities signal defeat and weakness? The IRA concluded they would never achieve military victory over British forces, they were exhausted and feared losing the confidence of their community. They called a temporary cessation of military activities in order to enter head-to-head negotiations with the British; these failed, but they continued talking behind the scenes. Four years later, successful talks were mediated by the USA. The IRA kept their community informed throughout by holding forums, ensuring that rumours did not undermine their efforts. They focused on delivering improvements. When their people felt the benefits, they saw it as a victory, not a surrender.

What are the rewards of a temporary cessation of military activities?

The ANC, SPLM, PLO and IRA called a temporary cessation of military activities, and entered pre-talks to agree to a roadmap for talks. The ANC then negotiated the release of prisoners, a Truth and Reconciliation Commission, majority rule, Black economic empowerment, and it has been in power ever since.

The SPLM leveraged its overseas connections to force Bashir’s regime to allow a referendum, leading to an independent country. The IRA secured elected members in a devolved assembly, the post of first minister, release of prisoners, status and salaries for its former combatants who became officials and community workers, inquiries into human rights abuses, investment, and future referenda which could lead to a united Ireland, their long-term goal.

During World War II, several governments-in-exile represented countries occupied by the Nazis. They wrongly assumed they would return in glory when the war ended. The Soviet Union rapidly filled the void, and the self-appointed governments-in-exile continued to operate from headquarters abroad. When the Berlin Wall fell, none of the governments-in-exile was regarded as relevant, and they were swept aside. Beware the gap between leaders-in-exile and those facing hardship on the ground.

Are negotiations a single event or the first steps of a journey which may have setbacks?

The Basques and IRA saw the temporary cessation of military activities as the beginning of a process. The subsequent peace talks were not a single event. Instead, they began a journey with some setbacks, but marked by victories (release of prisoners, a devolved assembly with significant self-government, funding and status for former combatants, investment in their area, Truth and Reconciliation Commission). Their ultimate aims may take years to achieve, but their people see the benefits of their new constitutional settlement each day, and continue to reward the political wing with power and support.

In the formerly British portion of Cameroon, moving from a military strategy to a diplomatic one may be inevitable if the Anglophone struggle hopes to gain legitimacy in the eyes of the world. Other liberation struggles offer lessons for the journey of moving toward peace and justice. 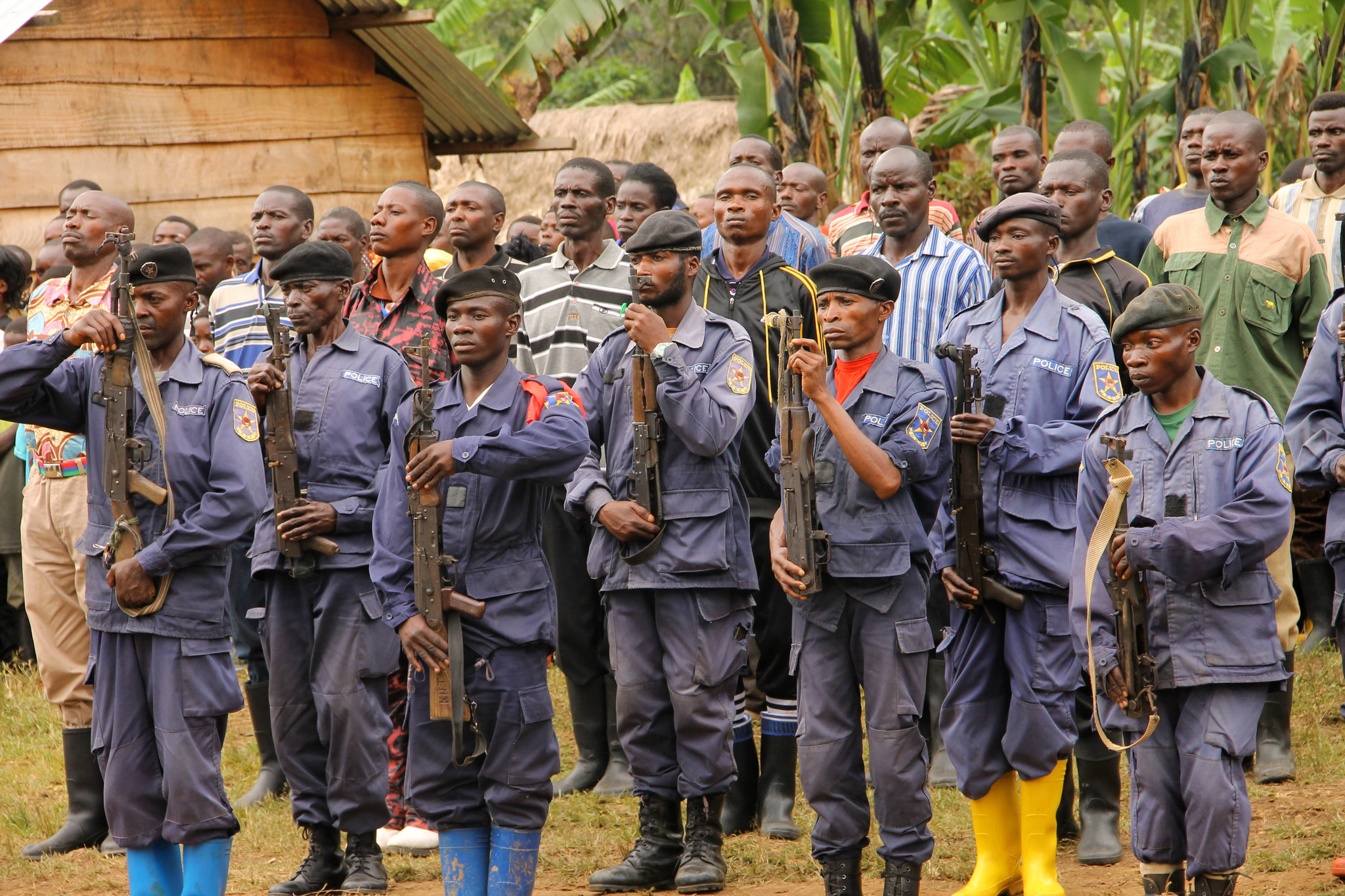 Coronavirus – Africa: New report from International Organization for Migration (IOM) – Migration in West and North Africa and across the Mediterranean