A 46-year-old teacher in Kenya has died after a pupil hit him with a stone.

Moris Khataka succumbed to the injuries in the nearby hospital while receiving treatment.

The deceased, a teacher at Shihumbu Primary School, was hit on the forehead after refusing to allow the pupil to draw water from his well.

“On Sunday, the boy entered our compound while carrying several jerry cans. My husband stopped him from drawing water from the well. The boy started walking away. However, before he could go far, he picked a fairly big stone and threw it at my husband, hitting him on the head,” narrated the deceased widow Eveline Mwenje.

Mwenje revealed that the 14-year-old boy last year had robbed the husband of his phone and radio set.

The local authority has confirmed the learner’s arrest, and he is being held in police custody.

Khataka was the boy’s teacher and uncle. 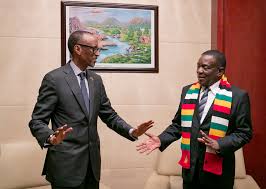