The Computer Misuse and Cybercrimes (Amendment) Act, 2020, introduced by lawmaker Aden Duale seeks to criminalize the sharing of pornographic content on mobile phones and the internet.

The Bill also calls for the prohibition of sharing and publication of such materials.

“A person shall not knowingly download pornography, distribute, transmit, disseminate, circulate, deliver, exhibit, lend for gain, exchange, barter, sell or offer for sale, let on hire or offer to let on hire, offer in any way, or make available in any way from a telecommunications apparatus,” the Bill reads in part.

The proposed law further calls for the introduction of harsh penalties for any violations.

Any person found in possession of pornographic materials on their phones or computer system or publishes the same on the internet will be liable to a ksh20 million fine or a jail term not less than 20 years.

The Bill is set for publication and introduction in the National Assembly for consideration this week.

It is projected to be a big blow to artistes, video music producers, advertisers, and individual computer users.

It is also believed the anticipated laws will tackle harassment by persons flooding others’ phones with pornographic material and tame explosive teen pregnancy, which the majority have attributed to access to pornography websites.

If approved, Kenya will join countries such as North Korea, Australia, China, Cuba, Turkey, Pakistan, Oman, Eritrea, the United Kingdom, and UAE, which censor such contents. 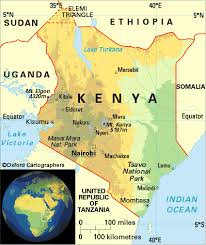