The campaign according to Zambian Breweries Country Director Jose Moran as posted by Langmead and Baker a Communication to this media house is meant to stem out un-responsible drinking and bring sanity and order, thereby promoting and supporting smart drinking habits.

The campaign is a full package of awareness and information to educate consumers about the need to be responsible with beer drinking especially during this covid-19- era. This stamps out ills of drinking which exacerbates and fuel gender-based violence and violence among youth which is said to be rife in Zambia.

The campaign launch is cultivating a culture of responsible drinking and avoiding excessive drinking habits which cause sundry abuses in public places. The pledge brings sanity to communities, creating a peaceful and environment of order and tranquility. In the posted news release Jose Moran notes that the campaign is changing the way consumers think by cultivating positive responsible drinking culture and behavior especially during covid-19 time.

‘’We are thrilled to see how people are coming out to pledge for smart drinking community. Zambia Breweries is committed to making communities safe for everyone and free of vices such as underage drinking, binge drinking and gender-based violence’’.

The campaign runs under covid-19 guidelines. It is harnessed on On-Line platforms to engage with the public, share messages, videos, posters, digital space reaching 30,000 people. Alcohol abuse is rife in Zambia especially in un-planned settlements in Lusaka and Copperbelt. This is why Zambian Breweries is taking the step to bring awareness and educate communities at large.

Jose Moran adds that as leaders in the sector they have taken steps to reach out to communities in order to educate and bring awareness to people about the dangers at the same time coming out with solutions to problems and challenges that must be addressed.

‘’As leaders in alcohol sector, we have taken steps to reach out to communities, educate and create awareness on the dangers and also to come out with solutions. We want everybody to come on board. Alcohol affects community, It has negative effects in our community.’’

Jose expands that through engagements they have been able to create open space for conversations. He explains that they have been able to make huge difference in short-time. The campaign in the last three months has shown that through engagement and awareness they create better solutions, remove bad vices in the manner people socialize and drink alcohol.

‘’Through engagement and creating open conversations, we have been able to make difference in short-time. The #Responsible Together Campaign in the last 3 months has shown us through engagement and awareness, we create better solutions, remove bad vices in the manner we socialize and drink alcohol ‘’ Jose concludes.

He thanked media for creating awareness and education disseminated to the general public especially youth on the dangers of beer that is related to kachasu , junta and tujijiji that is rife in Zambia . He advocates for a health community and a responsible nation.

Zambian Breweries belongs to Anheuser-Busch In-Bev [AB-In-Bev] the largest in the World. It consists of 400 beer brands with 200,000 employees in 50 countries. It is also the largest bottlers of soft drinks. ZB was established in 1968. It is a bottling company of clear beers such as Mosi Larger, Castle Larger, Carling black label, , Eagle beer and Stella Artois and Budweiser .

SADC summit terrorists attacks in Mozambique postponed to May or June 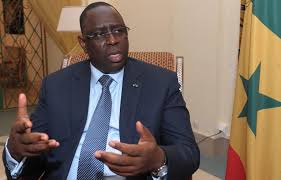