Miquissone’s thunderous strike in the 29th minute was enough to grab three points for the host and grabbed the summit of group A with six points.

Simba’s first match in the competition was against a much-fancied DR Congolese side, Vita Club.

Mutshimba Mugalu secured a 1-0 hard victory for the Kings from the spot-kick after Vivien Assie Koua committed in the 58th minute.

Vita Club piled pressure on the visitors but could not break the well-organized Simba’s defence.

On the other hand, the Egyptian champions thrashed Al-Merreikh of Sudan 3-0 in Cairo.

The Tanzanian next match is against Al-Merreikh on March 5, while Al Ahly will take on Vita Club on the same day.

BonelliErede: two new of counsel to boost the firm’s presence in Africa and the Middle East

Rwanda's president thanks nation after referendum allowing him to stay on

What Happened to the Africans? 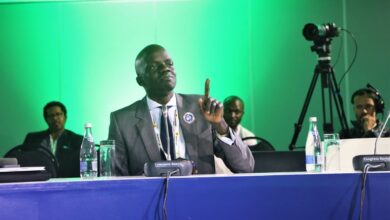