The Nyanza based High Court Chamber for International and Cross-Border Crimes has said it would proceed with the trial of the terror suspect Paul Rusesabagina stressing that it had jurisdiction to try a suspect who committed crimes on Rwandan territory regardless the citizenship.

The hearing resumed this Friday 26, February 2021 after the court had been adjourned early this month when the prime suspect said he was a Belgian not Rwandan challenging the judicial competence of Rwandan court to try him, but rather sought the transfer to Belgium for trial should he be accused of any crime.

While the court is based in the Southern Province’s Nyanza district, the hearing is being held in the country’s capital city of Kigali, precisely in the Supreme Court’s premises to accommodate more people.

In today’s hearing, the courtroom packed though they respected guidelines to prevent the spread of COVID-19 such as wearing facemasks and respected social distancing.

The hearing was covered by both local and international journalists and attended with different people including representatives from foreign countries.

Rusesabagina is one of 21 terror suspects all members of the National Liberation Front (FLN) who allegedly committed various crimes in Rwanda between 2028-2019 and at least claimed lives of nine people.

FLN is the army wing of the political outfit Rwandan Movement for Democratic Change (MRCD) in French Acronym whose leader and founder is Rusesabagina.

The prosecution alleges that Rusesabagina’s MRCD through its armed wing, FLN launched the attacks in Rwanda’s Southern Province through Nyungwe forests and killed civilians injured others, and committed other crimes.

In the same case, eight-four people filed cases claiming for reparation. All the suspects were present along with their lawyers.

Judges in theHigh Court Chamber for International and Cross-Border Crimes said it decided to try Rusesabagina whether he is a Rwanda or a foreigner because he allegedly committed crimes on Rwandan territory. He will therefore be tried among with his co-accused.

According to the presiding judge Antoine Muhima, the court has analyzed Rusesabagina’s objection and rendered it baseless as the crimes he is accused of were committed on Rwandan soil and the Rwandan law on trans-border crimes grants the court he presented the rights to try crimes in that nature.

“If the alleged crimes took place on Rwandan soil, this chamber has the jurisdiction to try them whether the accused is a Rwandan or a foreigner,” he said.

Lawyer Gatera Gashabana  told the court that his client would appeal both the jurisdictional decision and present objections.

He prayed for the court to avail more time for him and his client to make their submissions on further objections before the case could proceed.

“We would therefore pray for the court that this hearing be adjourned to allow us time to do that, I believe it is within the rights of our client to present this obstacle before we can proceed.,” he said Gashabana who was also flanked with the second lawyer to defend.

Both the prosecution, headed by Deputy Prosecutor General Angelique Habyarimana alleged there was no reason for the court to adjourn this case because all necessary submissions had been filed and duly responded.

However, lawyer Gashabana said there were news submissions and insisted that his client be given the rights to sit and agree on the submissions they could present to the court.

The judge ruled in favour of the suspect and gave Rusesabagina five days to submit his objection through the electronic case management system.

Meanwhile, the hearing continued with the rest of the suspects.

Two former generals of DR Congo based Democratic Forces for Liberation of Rwanda (FDLR) and allegedly left the outfit to join FLN-MRCD.

They include  Maj Gen Felicien Nsanzubukire and Maj Gen Anastase Munyaneza and were also present in the court with their lawyers.

The prosecution accuses them of a number of terror-related charges.

The court heard that Nsanzubukire features on a sanction list by the UN court Security Council over atrocity he allegedly committed while he acted as one of the commanders of FDLR.

The duo’s lawyer Herman Twajamahoro prayed for the court to grant bail to his clients saying that there were so cooperative since their capture in the FARDC’s DR Congo army operations fight FDRL.

He also said that one of his clients was critically sick and needed medical attention insisting that both suspects can be given bail and be tried while out.

Nigerian Students Sue Alabama College for Treating Them ‘Like Animals 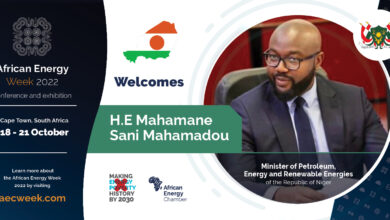