Corporate governance is slowly taking on a boldface look. With the appointment of women leading the helm of affairs and taking charge in what hitherto was seen as a ‘man’s world.’

Centuries past, the role of women was limited to domestic duties including cooking and taking care of the home and kids. That role has changed and that limitation, a barrier to no longer take hold. Women are coursing unchartered waters by becoming captains of industries and entrepreneurs. Women are contributing immensely to the society and the economic development of nations.
Meet one of such women, Mansa Nettey, CEO of Stanchart bank. An innovative and passionate woman with the knack for developing the next generation of leaders and deepening development in the banking industry.

Career & Education
Mansa Nettey is an experienced finance professional who holds a master’s in Business Administration from Manchester Business School. She has acquired over 20 years of experience in corporate banking, the financial and capital markets, as well as enterprise management. Her background propelled her not only to the level of Chief Executive Officer of Standard Chartered Bank on March 1, 2017 but the first-ever female to hold such a coveted spot in the bank’s 120-year history in Ghana.
She possesses a detailed understanding of the dynamics of operating and managing the financial and banking environment across varying cultures, and has a proven track record of strong and far-reaching performance.

Mansa Nettey has recently been graced with one of the banking sector’s greatest honour, “President of the Ghana Association of Bankers.”

She succeeds Mr Alhassan Andani who stepped down following his retirement as Managing Director of Stanbic Bank Ghana. With her newly appointed role, she is expected to head negotiations with the Bank of Ghana and the government on all issues relating to the banking industry. She is also expected to protect the interest of the banks in the country.

Mansa Nettey also serves on the Boards and Advisory Councils of the Ghana Petroleum (Sovereign Wealth) Funds; The Leukemia Project Foundation; and United Way Charity, Ghana.
Despite her career build up in the banking industry, Mansa Nettey is a Pharmacist by training and holds a B. Pharm (Hons) from the (Kwame Nkrumah) University of Science and Technology

Awards
Mansa Nettey was named in 2019 as one of the top 100 women CEOs in Africa in support of the U.N. Sustainable Development Goals by Reset Global People.
Under her leadership and guidance, Mansa Nettey has led Standard Chartered Bank Ghana Limited to win several awards. Some of which include:

Mansa Nettey was also listed in the second publication of 100 Most Influential African Women in 2020 by Avance Media.

It is worth mentioning that, Mansa Nettey has made these tremendous accomplishments despite her battle with Leukemia. She is married with a daughter. Mansa Nettey has not only proven to be a successful career woman, but a heroine worth celebrating.

Mozambique to kick out journalist reporting on Cabo Delgado insurgency 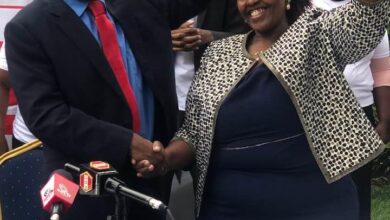