It has been a competition to remember for the intermediate Lions of Cameroon. The team has already created history for themselves and will look to create another history as they face the Atlas Lions of Morocco.

It promises to be fireworks at the Limbe Omnisport Stadium this Wednesday, February 3, as it will be Cameroon’s first participation at the semi-final stage. The boys of Coach Martin Ndtoungou Mpile arrived Limbe this Tuesday after playing their previous games in Yaounde and Douala.

The team will be counting on the support from the fans in the region to cheer them on to victory, something which Coach Mpile has called for.

But what chances does the Intermediate Lions have? They confront a Moroccan side that has looked comfortable in the competition. Being defending champions, the team has experience at this level of the competition.

“We are serene. If we got here it is because we showed a couple of things, so it is up to us to go to the finals. It is a make or breaks without a second chance,” Coach Martin Ndtoungou Mpile told journalists in his pre-match press conference at the Limbe Omnisport Stadium.

“It is a new game and what we wish to implement is not what we will unveil here. We are here to win and get to the finals by making life uncomfortable for our adversaries.”

Cameroon should be wiry of Sophiane Rahimi and El Kaabi. Both players for the Moroccan side have scored two goals each and were on target during the quarter-finals 3-1 victory against Zambia. Morocco is a long-ball specialist and in all of their games tends to dominate the ball possession. The team had 65 per cent of the possession against Zambia.

For Cameroon, they were relying on Banga Solomon and Etame Ngombe in the group stages. For Solomon Banga, he is the leading goal scorer for the team with two goals. But for the quarter-finals, Yannick Djeng and Felix Oukine starred for the intermediate Lions. The four players including goalkeeper Haschou Kerrido have been excellent.

If Cameroon is to outsmart Morocco, they have to work on their finishing. Against DR Congo, the team had 14 shots and just 3 on target, while Morocco had 12 shots, 5 were on target against Zambia.

In the whole competition, Cameroon has score 4 goals and conceded twice, with two of the goals coming in the quarter-finals. Morocco on their part boasts 9 goals and just 3 conceded. They have scored more than two goals in two of their games thus far.

The intermediate Lions against the Atlas Lions is certainly a game not to miss. One thing is guaranteed, a Lion will be playing the CHAN final on February 3. Will it be the Lions of Cameroon or the Lions of Morocco? Only time will tell. 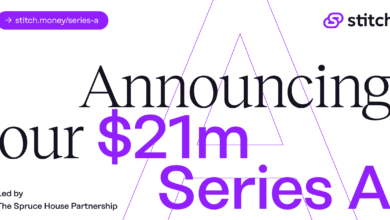 A Goat for a Vote