The much anticipated South West regional League finally took off across stadia in the Region with major upsets recorded along the way. Victoria United, LIFCA, UBFC, Little Foot all recorded defeats.

24 goals were scored on matchday one with 7 home wins. 2 games did not take place due to licenses issues.

With the Regional League in recess to resume only after the Africa Nations Championship, CHAN which concludes on February 7, 2021, Pan Africa Visions looks at the state of affairs of the League after the first day of play and examines the chances of the big guns succeeding after faltering on the first day.

Victoria United Faltered at the Start

Victoria United aka “OPOPO” went in this year for a new coach in the person of Njoku Barnabas to help them get that much-needed ticket to Elite 2 Football. The start, however, is not what he would have hoped for as his side were beaten 1-0 by Option Sport.

The team’s ambition despite the loss on the first day is to first reach the mini interpool and then secure a space at the national interpool. “…That is what I am here”. “If I am here I think I have something to offer. I am here because I have my ambitions. With the players and administration I have at hand I believe we are up to the task. Like any ambitious club in the region, the goal is to qualify this club first to the mini interpool and from there we will take it forward,” Coach Barnabas said.

Prisons Social Club of Buea aka “Home Boys” showed class and superiority against a lacklustre Cinyodev FA side that fielded a young squad against an experienced side. Prisons dismantled Cinyodev FA by 6 goals to 0 with a brace each from Mborong Collins, Elonge Moki Junior and substitute Ekema Samuel Etonge.

Cinyodev FA was without Ntui Brandon, a main-stay at the defence for Cinyodev FA last football season who signed with YOSA this year, as was another player of Cinyodev.

“This is a championship and every goal counts on the last day of the competition. So when you have the opportunity to make a goal you have to take it and it also builds confidence with the attackers. Last year we had the problem of our attackers not scoring so if they have the opportunity to score they have to take it to get that confidence,” Coach Enang Severine of Prisons FC told Pan African Visions.

In the other Pool A game, H.O Academy had an easy ride over Mt Cameroon FC. The former defeated the latter by 3 goals to 0, with a brace from Alexi Lalas giving his side all three points.

The club has succeeded in getting some new faces to flesh up the squad. Attacker Mbigla Oscar has been brought in. So too are Chenco and Benton in the defence line. “The boys are ready than last year, and I am sure that this year Ajax will be different,” Coach Patrice Tueche added.

A sneak peek at Matchday Two

Matchday two in Pool A promises to be firework with a battle for first place. Prisons FC who leads Pool A by goal difference faces H.O Academy – a side that the former defeated last football season by 1 goal to 0.

LIFCA will be hoping to be on red hot form when they next take to the pitch. The team has high hopes of reaching the Elite 2 football championship this year after bringing in Coach Augustine Choupo. LIFCA will face Pool C leaders NQSA. Everything rest on this game for LIFCA.

EEMSA on their part will also hope they can continue their winning run. The team that won Tiko United in the opening day of the championship faces Little Foot FC, a side that was hammered by Ajax FC.

Pol A: Cinyodev FA versus Mount Cameroon FC and Prisons against H.O Academy.

Pool D: Best Stars will face Victoria United, while Option Sports will be on standby

In Pool E: Kumba Lakers awaits NEMFA, while Bau Manibok to battle with Future Dream. Nkamanyi Football Initiative will be on standby.

Pool F: Treviso who was on standby on matchday one will face league leaders Ajax FC Likomba. Little Foot FC battles EEMSA, while Tiko United is on standby.

The goal of the teams in the South West Region is to get a ticket to play Elite Two football next football season. The Region is blessed with state-of-the-art infrastructure but yet no team in the Elite 1 or 2 Football Championships. The hope from football stakeholders in the Region is that this year will be that year as since the like of Buea United, Tiko United, no team from the South West Region has been into the Elite tier of Football in the Region. 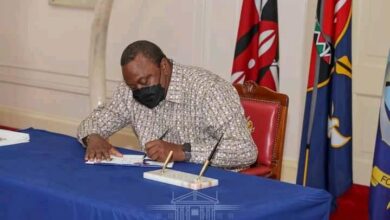