Juba – South Sudan President Salva Kiir has appointed six deputy governors for some of the states in the East African youngest nation.

There are 10 states in South Sudan with 9 appointed governors last year and 3 Chief Administrators, with no state cabinets and other local government officials.

In the decree, President Kiir appointed a woman and five men as the deputy governors.

The leadership of one state -Upper Nile is still in contention. This excludes Upper Nile state which is yet to get a governor.

A reconciliation conference of the communities of the state is set to take place in Juba to discuss ways and means of resolving communal differences to create harmony in the state.

The announcement only featured nominees of the SPLM under President Salva Kiir and those of the SPLM-IO under Dr. Riek Machar.

There were also no appointees from the South Sudan Opposition Alliance, SSOA, Other Political Parties (OPP) and the Former Detainees, FDs.

According to the revitalized peace deal, the responsibility sharing ratio at State and local government levels shall be 55% for the SPLM; 27% for the SPLM/A-IO; 10% for SSOA and 8% for OPP.

However, in August, the parties agreed on a new formula for sharing state structures.

They agreed that there shall remain 10 deputy governors.

His Presidential Advisor on Security, Tut Gatluak had informed the media yesterday that there are still misunderstandings among members of the Other Political Parties, OPP, over their choice for deputy governors in states allocated to them.

According to Presidential Adviser Tut Gatluak, all state governments and county authorities will be formed by the first week of January 2021.

“By the first week of January, we would have completed the formation of the transitional government from national to state levels,” Gatluak said.

They also agreed to appoint five Advisors for each state governor.

They further resolved to appoint 17 ministers for each of the states.

President Kiir’s party shall nominate nine, Machar with five nominees, two from SSOA and one from the OPP.

The parties are also yet to appoint state Ministers, Legislators, Advisors, Commissioners and Administrators.

In the end, there shall be a total of 170 ministers in the ten states, 50 advisors, 60 chairpersons of commissions and 510 members of parliament, Commissioners, Administrators and other local level officials.

Two years after signing the revitalized peace agreement, the country’s political leaders are still struggling to implement tasks spelt out by the deal.

Many critical tasks remain unaccomplished, including the unification and deployment of government and opposition forces, the peace parties are yet to reconstitute the national legislature – the body responsible for enacting reforms stipulated in the agreement.

According to observers, disputes among the peace parties and financial constraints have been major obstacles to completing the peace processes.

Despite that the observers say this is a motivating step for the way forward. 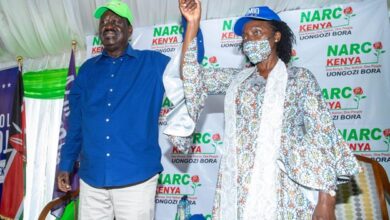