The current constitution of Sierra Leone came into force in 1991 and ushered in multi-party democracy in the country but today, many human rights, and rights groups including the findings of the Truth and Reconciliation Commission (TRC) Report underscored the need for a new constitution in an appropriate time adding that parliament consider the creation of one.

The reason for the need for a new constitution according to TRC was very clear that, the 1991 constitution wasn’t a participatory process stating that a constitution ought to be the foundation and basis of the society desired by the people.

“The 1991 Constitution that is currently in force was not the product of a wide participatory process,’’ recommendation No. 120.

In July 2013, former President Ernest Bai Koroma launched the Constitutional Review Process (CRC) in order to review the 1991 constitution but ended up not seeing the light of it reviewed implemented despite the millions of dollars spent by donor and international communities for this process to go on as recommended in the TRC Report in 2004.

Lack of good governance, abuse of power, and a blatant disrespect for human rights, greed, and endemic corruption were among the causes of the country’s 11-year civil war, the conflict saw a total breakdown of law and order, dismantling of democratic institutions and culture and cost many lives, leaving a lasting impact and legacy on the lives of citizens of the Former British Colony.

The causes of the war, recommendations and its findings were catalogued in the report starting from the issue’s about good governance, human rights, democratic institutions, youths, the constitution among others were areas looked into in the report and highlighted many imperative actions to be taken by the government.

Executive Director of the Rights based Group, Campaign for Human Rights and Development International (CHRDI) Abdul M. Fatorma,
said that there is need for a review of the constitution in the country adding that the 1991 constitution have several sections that discriminates the fundamental human rights of citizens like freedom of association, assembly and movement among other rights.

“we have not yet reviewed the bad laws the TRC asked us to review, we have not yet separated our political party, the TRC made recommendation for more inclusive of young people into leadership position and party leadership. we are yet to see that instead of they create a wing, young generation, Youth League, women’s wing, instead of opening the space that a young man of a responsible age can compete,’’ he said.

He added that laws like the Criminal procedures Act which is still under review is that the law does not make fair provision for accused persons adding that it’s an infringement of the fundamental human rights of an individual.

“The law doesn’t make fair provision for accused persons it’s an infringement of human rights, the public order Act, certain provisions if I held a procession today, the police have the right to stop that procession, if I am playing a football match, the police have a right to put a stop to that football match if they think it constitute public disorder. That’s not a law for democracy that a law for a monarch system or dictator system,’’ Fatorma lamented.

Accordingly, the commission believes that the building of a new constitution, requires hard work, the fruits of which will not be necessarily be enjoyed by this generation but even generations yet unborn. This like other recommendations for the need of a new constitution about its positive impact have been underscored by many international and national rights groups notably Amnesty International, Centre for Accountability and Rule of Law, AdvocAid to name a few on the benefits of a new constitution.

“The decision to build a new Constitution and to act in accordance thereof requires the taking of a long-term view by Sierra Leone’s Parliament and its people.  It requires arduous work, the fruits of which will not necessarily be enjoyed by this generation.  This generation, which experienced the worst of times, will however leave a gift for future generations.  There can be no better legacy to bequeath than the construction of the foundations of society that provide lasting peace and prosperity,’’ TRC recommendation No 126
However, more than ten years since this recommendation was put forward by the TRC this important step hasn’t been realised, with even the new president Julius Maada Bio part of his campaign promises to look into the review process and those recommendations presented by Justice Cowan in 2016.

Mr. Fatorma emphasized that there was as well the need to strengthened our democratic institutions and to make them independent taking politics off those institutions citing the importance of the criminal justice system, which includes the police, court and the correctional service.

“Participating in governance issues, is a law issue, so if I am equal before the law including the electoral law, why am I segregated, unlikable 30% has been chosen and If I think I am the capable one, just because they have the 30 number, I will be excluded but if the space is open for all, to participate and I fulfil the criteria then I am equal to the man, I am equal to the woman, we need to bring laws that progress the state,’’ the CHRDI boss emphasized.

This article is produced with support from MRCG through the ATJLF project on “Engaging the media to change the narrative on Transitional Justice (TJ) issues in Sierra Leone. 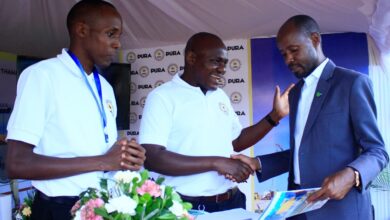