The Government of Rwanda denies the existence of unlawful military detention centers in which some human rights organizations say people are tortured.

In 2017 Human Rights Watch reported that after conducting  investigation between 2010 and 2016, it confirmed 104 cases of people who were illegally detained, and in many cases tortured or ill-treated, in Rwandan military detention centers.

Appearing before Human Rights Council on Monday, 25th January 2021 while reviewing for the 3rd time the Human Rights record of Rwanda under the Universal Periodic Review, Rwanda’s Minister of Justice, Busingye Johnston refuted those allegations.

“There are no unofficial detention centers in Rwanda and as such the Government of Rwanda  rejects such unfounded allegations which, we believe, are motivated by the political interest and agenda of those who advance them”, he said

Busingye  said that Rwanda has separate prison facilities for civilian and military convicts which operate in accordance with law.

“They are accessible and conform to by international minimum standards on the treatment of persons deprived of liberty”, he added.

Minister Busingye, however agreed that Rwandan prisons are overcrowded, a move which he relates to “efficiency and effectiveness of the criminal justice system”.

He promised that government is doubling efforts  to expand options for non-custodial sentences and diversion from the typical criminal justice channel,  building new and renovating  prisons, giving  penalty of community service and the use of electronic bracelets to expand bail options for suspects. 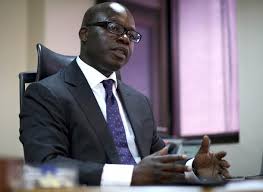 Understanding supply chain management in the time of COVID-19