Piasa is pleased to announce that Olivia Anani and Charlotte Lidon will be co-directors of the Department for Contemporary African Art from this January onwards.

“This double appointment reinforces Piasa’s leading role and strengthens its involvement in the Contemporary African Art market, of which it was one of the pioneers to highlight in its sales programme,” emphasises Frédéric Chambre.

The Africa + Modern and Contemporary Art Department at PIASA has achieved a solid foundation over the past five years, introducing and cementing the market for several key artists from Africa and its diasporas. Our ambition for the coming years will be to further define the department’s esthetic positioning and amplify its echoes to the art historical canon, as it is written today on the continent and internationally.

It is important, in the current context of accelerated change, for the market to play its due role in shaping the art ecosystem, along with the artists, galleries, institutions and collectors from all backgrounds, who are an essential part of this dynamic scene. We are looking forward to offering a renewed point of vue backed by our expertise and experience to support the current evolutions in collecting and the art market. To mark this fresh start, we are honored to support contemporary creation with a commission to the upcoming Congolese photographer Alain Polo (Born in 1985, Kinshasa, DRC).

The poetry of Alain Polo’s photographic practice touches on themes we are committed to explore, such as the complexity of the gaze and the multiplicity of points of vue.

«PIASA has been a pioneer in the representationof contemporary African scenes and I am happy to this innovative and dynamic sales house as codepartment manager alongside Olivia.

The contemporary African art market has been developing for several years now but is still underrepresented in many respects. Our common vision tends to strengthen the presence of artists from the continent and the diasporas on the global market but also to inscribe their work in an art history specific to Africa. We wish to highlight through future sales, the specificities of the different schools and to renew the vision on the continent’s modern artists, who are still not well known. Given the liveliness of the contemporary art scene, it also seems important to us to support the emergence of a new point of view through the introduction of new artists on the secondary market.

The project is ambitious and the stakes are high, and I am delighted to carry it out with Olivia, whose experience, expertise and commitment to artists and collectors will be invaluable assets.»

« I am delighted to join the team at PIASA, an auction house known for its curiosity, dynamism, and long term commitment to the African art scene.This position is a first in many ways, and it is with a full understanding of the challenge and responsibility, but also of the immense possibilities that lie ahead, that I bring today my years of experience in both auctions and critical research, to a project that aims not only to strengthen the market

for artists from the continent and its diaspora, but also, as someone born and raised on the continent, a core understanding of the richness of her cultures, and of the role the art market can play in rewriting the canon of art history, when done with awareness, rigor and respect.

For such an ambitious project, I could not have hoped for a better co-head than Charlotte, whom I’ve known for several years. I am looking forward to share and learn from her dedication, focus, wise and experienced eye. »

With a background in Asian Studies and Contemporary Art spanning three continents, Olivia Anani has worked for several prestigious auction houses prior to joining PIASA: Sotheby’s, Phillips and Christie’s. In the latter, she was involved in the sale of masterpieces such as Francis Bacon, Three Studies for a Portrait of George Dyer, 1963; Alberto Giacometti, Grande Femme II, France’s 2017 auction record for a work of art; the Beyond Boundaries collection of modern and contemporary masterworks, including Wassily Kandinsky, Marcel Duchamp, Dan Flavin, Yves Klein and Man Ray, Nicolas de Staël’s Parc des Princes, 1952 as well as works by Cy Twombly, Mark Rothko, Jean-Michel Basquiat, Bodys Isek Kingelez, Barthélémy Toguo, Seydou Keita. She was also involved in the coordination of loans and acquisitions for institutions such as the Musée du Louvre and the Louvre Abu Dhabi and in projects such as the iconic charity auction Bid for the Louvre and the African Art Fair 1-54 at Christie’s. As a writer and curator, she is interested in art from a global perspective, with a focus on the African continent, working with the Taipei, Dakar and Kampala Biennales, Zajia Lab in Beijing, France’s Institut national d’histoire de l’art, Centre Pompidou, Fondation Gulbenkian and the Columbia University Center – Reid Hall in Paris.

A board member of the Friends of Palais de Tokyo, an institution she has been supporting since 2013, she was part of the jury for the 2018 Prix des Amis, a prize devoted to supporting young artists for their first major institutional exhibition. She remains a contributor and supporter of independent critical art journals such as Afrikadaa and Something we Africans got.

After a university degree in art history Charlotte Lidon continued at the École du Louvre. Interested in non-Western art scenes, she began her professional career at the Musée des Arts d’Afrique et d’Océanie de la  Porte Dorée and then at the Arab World Institute before specializing in the art market, first in galleries, then at the international auction house Sotheby’s, which she joined in 2011 in the Department of Classical Arts of Africa and Oceania. Committed to defending modern and contemporary art from the African continent and its diaspora, it is actively participating in the creation of the Modern & Contemporary African Art Department from 2016. She then contributes to the development of the department and actively participates in the sales held at Sotheby’s London where many auction records are obtained for artists such as El Anatsui, Ben Enwonwu, Irma Stern, Yinka Shonibare, Chéri Samba or Nicholas Hlobo. In Paris, she organises thought the auctions house various events such as round tables, meetings with artists and cultural players from the continent and visits to exhibitions in order to increase collectors’ interest in this speciality and provide them with the keys they need to understand the full richness of this artistic scene.

The highly complementary skills of these two experts in the sector will thus enable Piasa to increase its mission by being even more attentive to the dynamics of the French and English-speaking markets, by widening the spectrum of observation of the creative processes, and by diversifying its actions beyond the auction sales.

*Save the Date on May 19th for the first auction of African Contemporary Art brought by these new perspectives! 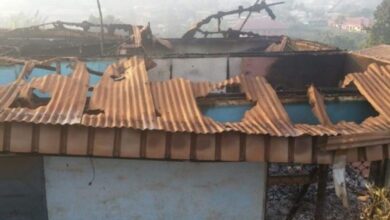