A local watchdog group the Harare Residents’ Trust(HRT) has denounced the ongoing demolition of houses by Harare City Council especially in  Budiriro high density suburb saying it is not a solution.

The trust says that a humanitarian crisis is developing and requires a purely humane response.

It is reported that on 3 December 2020, the City of Harare, with the help of the police, and armed with demolition orders, demolished 143 houses, leaving an estimated 715 people homeless.

The trust said that although it  does not support building on illegal land, it opines that demolishing houses is and will never be the solution.

It is reported that the government, together with the local authority should look at the bigger picture and tackle the root problem of housing shortages.

“The repeat illegal allocations and demolitions of people’s homes will be with us for a long time to come if local authorities do not address housing delivery and service land. Ultimately, the human rights of the citizens will continue to be violated while the corrupt keep getting away without being punished,” HRT said.

The trust added that several factors are leading to the never-ending illegal land sales.

It said that one of the main reasons is citizens’ desperation to acquire housing stands.

It is also reported that there is a huge housing backlog, which is fuelling desperation among the citizenry and exposing them to land barons and corrupt officials in local authorities and central government.

“This desperation clouds them and in the end, they do not verify whether the land they will be receiving is legal or not. A few who are aware of the illegalities surrounding the land sales also go into desperation and they receive assurance from political figures that their houses will be regularized,” the trust said.

It added that it is  insensitive to lay the blame on the vulnerable citizens to the extent of demolishing their houses at a time rains have started falling.The corruption is worse in land allocations as estate agents, land barons, council management, town planners, councillors, and central government officials are using the desperation of home seekers to manipulate systems and make more money for themselves in the process,” they said.

It is reported that for example, Tembwe Housing Cooperative secured land in Budiriro in 2010 through the council officials, and obtained certificate of incorporation as a housing cooperative.

They were  allocated land to their members.

It is however, reported that  in 2014, an identified council Town Planner Priscilla Charumbira allegedly demanded that they pay US$45 000 in order to have their housing stands regularised.

It is added that council allegedly wrote their names down, and assured the stand owners that their stands would be regularised.

It is however added , things changed after they refused to pay the US$45 000.

Events Housing Cooperative is however reported  not have separate land.

It is reported that the impact of the  conflicted situation is that Tembwe Housing Cooperative members had their houses demolished on a court order issued against Events Housing Cooperative, which however did not have houses on the disputed land.

The trust said that it urged the Zimbabwe Human Rights Commission and responsible authorities to fully investigate how the situation obtained.

It is added that demolition of houses belonging to residents in Budiriro will have severe social, economic and psychological impacts to the victims.

It is also added a majority of the victims come from very poor socio-economic backgrounds and their social capital is very low.

It is added that a majority of the houses were built using pension funds, savings and other investments saved over a long time.

“Demolishing people’s houses without a critical consideration of their position on the sustainable livelihoods scale will make it more difficult for the victims to escape from poverty,” the trust said.

It is added that following a Human Rights Based Approach, the state is obligated to protect, promote and safeguard the human rights of all its citizens, including those living with disabilities, the sick, children and senior citizens.

“However, these demotions demonstrate that the state has abandoned its constitutional obligations and is therefore failing to offer security to its vulnerable citizens. Household economies are going to be shattered after the demolitions, and this will put pressure on the already depressed society due to the fluid state of the economy. Stress levels among the affected citizens are going to shoot up, severely damaging the psychological and mental wellbeing of victims,” the trust added.

It added that demolitions are evidence of the chaotic housing delivery system in the council.

The trust recommended that the council regularise all the houses not built on wetlands, make the house owners pay the price for not following the law in acquiring their houses, postpone all demolitions until the end of the rainy season, bring to account all known corrupt land dealers, councillors, council managers, land barons, estate agents, central government officials and politicians for their transgressions.

The City of Harare has been urged to have an electronic housing waiting list to enable transparent land allocations for housing developments.

They said that only the council should be responsible for selling council land and the land must be serviced. 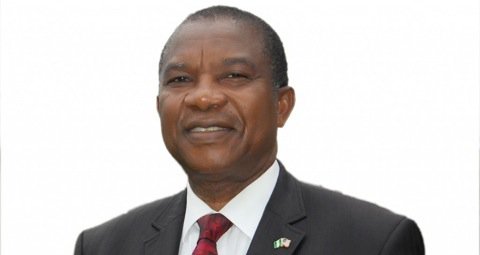 US-Africa relations: Nigeria is looking at other areas of exports – Ohuabunwa