The Head coach of the Chipolopolo of Zambia Milutin “Micho” Sredojevic has set his sights on qualifying for the knockout stages of the ongoing 6th edition of the Africa Nations Championship.

Coach Micho as he is best known around the world has been holding a series of training sessions at the Molyko Omnisport stadium as his side looks to make their way to the knockout stages of the competition.

“We intend to pass the group, once you pass the group anything after is possible. Instead of speaking beyond Tanzania match, we will be disrespectful to the team and disrespectful towards our focus and concentration in tomorrow’s game..,” Coach Milutin “Micho” Sredojevic said as quoted by FAZ.

In the first encounter against Tanzania in limbe, Collins Sikombe and Emmanuel Chabula were on hand to give the chipolopolo of Zambia all three points.

“In football, the same like in life, you need to plant the seeds and we are planning to plant the seeds in the field of play tomorrow that will give us the performance and result that could talk after. Let not words but action talk louder,” Coach Milutin “Micho” Sredojevic added.

To Chama who was part of the Zambian team that drew 1-1 with Cameroon in 2016 says the team is here to compete and that “this is a good tournament for us the players who play locally. We are here to showcase what Zambia has to offer the rest of the continent,” Chama said.

Zambia has been in Cameroon since December 31, 2020, and took part in the pre-CHAN tournament in Yaounde, and they got off  to a winning start against Tanzania.

It should be recalled that the President of the Zimbabwean Football federation (FAZ) Andrew Kamanga while visiting the players and staff urged them to look beyond the tournament (CHAN), and look to qualify for the forthcoming Africa Cup of Nations and World Cup qualifiers, something which will be on the mind of Coach Micho in this tournament. 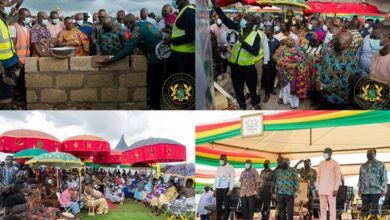