Cameroonian Movie The Fisherman’s Diary, a movie fronted by Kang Quintus and Faith Fidel and Directed by Enah Johnscott has been declared eligible for consideration in the international feature film category at the upcoming 93rd Oscars.

The Oscars announced the films eligible for nomination at the upcoming 93rd Academy Awards, with the Fisherman’s Diary the only Cameroonian movie to feature.

“OSCARS have announced the FILMS that are eligible for Nominations!! CAMEROON is represented by The Fisherman’s Diary. This is surreal!!” Kang Quintus, the lead actor for the movie posted

“It is a statement that the Cameroonian film industry is doing a lot of work. We have stepped up the game a little bit and it is quite a humble experience that the Fisherman’s Diary is the first-ever Cameroonian film to be accepted into the Oscars to represent Cameroon,” Kang Quintus told Pan African Visions in a telephone interview a couple of weeks ago.

“I am very humble and it tells us that whatever we are doing here we are doing the right thing and a lot of work is to be done. I can tell you that this is the beginning of many great films as we are heading to August and we are open to partway for that to be possible.”

Last year the Fisherman’s Diary was one of the major success stories for the Cameroonian movie industry picking up awards in the country and beyond. At the Golden Movie Awards in Ghana and the African Movie Academy Awards (AMAA) in Nigeria, the Film snapped up 10 awards, adding to awards in Instanbul, Cameroon, and a host of other countries.

An insight into The Fisherman’s Diary 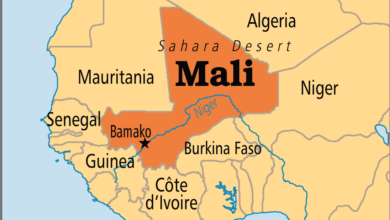