–Will Zambia be the next Zimbabwe?

In the early 2000 when Zambia was being governed by the Movement for multi party democracy (MMD) headed by Levy Patrick Mwanawasa, the country was relieved of US$ 224 million by the African Development Bank (ADF).

This was after the government implemented several austerity measures to cut government spending.

This relieve of debt came with advantages such as lower kwacha to dollar rate and lower cost of living.

About 20 years down the line under his Excellency President Edgar Chagwa Lungu, during the corona virus error and other economic pressures, Zambia is feared to not meet the repayment of its US$ 1 billion Eurobond which matures in 2024. This is according to international ratings agency latest article published on 18th November, 2020.

The Eurobond is just about 10 percent of the country’s external debt. The country’s Finance Minister Dr Ngandu Bwalya said some sections of the domestic and international society are quoting the Zambian governments debts as being US$ 27.34 billion as opposed to US$ 11.48 billion at the end of 2019.

The Zambian government has been acquiring these loans mainly to foster infrastructure development. The country has in the recent past witnessed unprecedented development in the road, agriculture, education and other sectors.

How did Zambia find itself in this situation?

What are the consequences of these debts?

How will it get out of this debt situation?

What is the way forward for this country?

These are some of the questions that need answers.

The Bankers Association of Zambia (BAZ) says Zambia got in this position because it was borrowing but did not invest in revenue generating activities and is finding it hard to pay back the debts.

The association said this through its Chief Executive Officer (CEO) Leonard Mwanza.

Mr Mwanza said the current debt situation is the reason why there is pressure with the countries exchange rate and the high cost of goods and services.

The country’s currency kwacha is not failing to compete with other currencies. It keeps getting weak and commodity prices for essentials such as sugar, mealie meal, bread, cooking oil keep rising.

“We are going through the worst phase but we can just encourage government to continue discussing with the lenders. We need some sort of a debt relief, otherwise things are really tight at the moment,” he said.

He is also of the view that Zambia must also increase its economic activities and try to pay back the loans.

“The Kafue lower gorge once in operation can boast the energy sector and this can directly impact on the countries manufacturing sector which can bring in the much needed revenue to pay back the loans,” he said.

Mr Mwanza called on Zambians to remain positive in this trying moment.

And the Centre for Trade Policy and Development (CTPD) a trade policy and development think tank says the debt defaults could cost Zambia seizure of its foreign asserts.

The think tank said this in a statement dated November, 25, 2020 by CTPD researcher Mr Wakumelo Mataa.

“Finally, creditors could seize the debtors’ foreign assets, including traceable goods. However, there is little evidence of asset seizures following a default, although, from the creditors point of view, this maybe a viable option should the negotiations completely break down,” he said.

He however said, sovereign immunity prevents creditors from suing a defaulter in foreign courts.

“Moreover, even if creditors could win a judgment they would find little to take since Zambia does not own extensive assets in foreign jurisdiction,” he said.

Mr Wakumelo added that the debt repayment obligations have left government with little resources to allocate towards social and economic sectors that safeguard the livelihoods of Zambians.

“Recent revelations from the Ministry of Finance indicate that besides the country defaulting on its interest payment on one of its Eurobonds, that was due on 14thOctober, 2020. Zambia has actually already defaulted with other creditors,” he said.

According to Mr Wakumelo such debt defaults are also characterized with the reduction in investor confidence and subsequent reductions in foreign exchange inflows.

“This can in turn lead to an even deeper depreciation in the kwacha against major currencies,” he said.

Meanwhile, an online columnist Nadi Mvula says Zambia has the capacity to pay the loans but that the country only lacks political will to do so.

“We have a lot of money that is going out of this country from our mineral resources. Even if the debt was US$ 100 billion the country can still pay back. Look at what the country spent on fire tenders, US$ 42 million. Are you telling me that we can’t pay back what we owe if we invested in gold mining,” he said.

According to Mr Mvula Zambia has a lot of resources that can be turned into monetary terms if well managed.

He however warned that Zambia is heading the Zimbabwe way if mismanagement of resources and misplacement of priorities continues.

What does the future hold for this country? Will it be the next Zimbabwe economically as the cost of living keeps skyrocketing or there a way out of these debts?

Malawi: Citizens to vote on legalization of same sex marriages 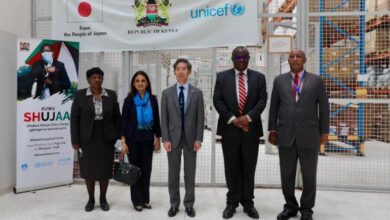 What 2022 may hold for technology’s role in Africa

Attendance of Prime Minister Abe at a meeting “A Call to Invest: Investing in Youth Jobs in Africa” 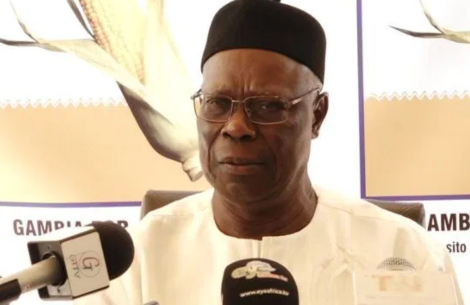