Malawians are expected to vote in what is reportedly being earmarked as a referendum on whether same sex marriages will be legalized or not.

The statement has been made by Press Secretary Brian Banda.

He was responding to a question from journalists during a media interface earlier this week.

According to Banda, President Lazarus Chakwera will only respect what people vote for during that activity.

‘’We will let people decide. The President does not want to be prejudiced and make stances that people do not support. Malawians will make that choice’’ said Banda.

Meanwhile, the Malawi Human Rights Commission is asking government provide resources for an inquiry into people’s views on whether or not the country should legalize same sex marriages.

In 2010, two gays, Steven Monjeza and Tiwonge Chimbalanga, who were arrested and charged with “unnatural offenses” and “indecent practices between males” under sections 153 and 156 of Malawi’s Criminal Code. The magistrate sentenced them to 14 years in prison, one of the longest sentences for consensual same-sex conduct anywhere in the world in recent memory, according to activists in Malawi.

Bingu wa Mutharika, who was president at the time, pardoned Monjeza and Chimbalanga in May 2010 on “humanitarian grounds,” following international condemnation of the conviction, and the visit of the United Nations Secretary-General.

Mutharika’s successor, Joyce Banda, pledged to decriminalize same-sex relations, and while she took no further action to amend the laws, her justice minister Ralph Kasambara suspended their enforcement in 2012 “until the time that parliament makes a decision.”

Other government institutions have also taken steps that could lead to the overturning of Malawi’s discriminatory laws.

In September 2013, the Malawi High Court in Lilongwe commenced a review of the constitutionality of section 153(a) of the Penal Code that punishes “carnal knowledge against the order of nature” with up to 14 years in prison. The process is currently held up on procedural grounds but could be a path to decriminalizing consensual same-sex conduct in the country.

In 2017, after initially announcing that it would conduct a public inquiry “to inform the national position on the controversial issue of LGBTI,” the Malawi’s Human Rights Commission relented after pressure from some of the nation’s human rights groups and announced that it would instead conduct a study on the rights of LGBT and intersex people in Malawi.

Criminalization means that in practice police violate the rights of LGBT people with impunity, with transgender people who draw the attention of police officers because of their gender non-conformity but are often misread by police as “lesbian” or “gay” apparently bearing the brunt of the violations.

THE WHYS AND HOWS OF ZAMBIA’s DEBT DEFAULTS 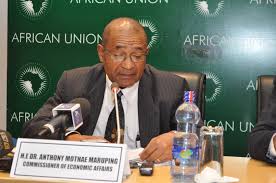