Kenya is suffering more financial and emotional stress from the COVID-19 pandemic than other African nations, according to a survey by GeoPoll that found the country reporting the most widespread income cuts and distress of any of six African nations polled in November.

The survey in Kenya, Nigeria, Ivory Coast, DRC, Mozambique and South Africa found 43 per cent of 3,000 respondents reporting their emotional wellbeing had deteriorated during 2020. But a full three quarters of respondents in Nairobi said their emotional health was worse than last year, with most citing a surge in financial pressure as the main cause.

“South Africa had a lockdown early in the pandemic, but measures there have since eased, and the other nations polled have had fewer long-lasting restrictions. Only Kenya has had extensive restrictive measures throughout, remaining under curfew for now eight months, and delivering economic cuts that have caused a parallel deterioration in respondents’ emotional wellbeing,” said Roxana Elliott, VP of Marketing for GeoPoll.

Kenyans are also more gloomy, as an election year approaches, about the amount of time it will take before they start to see any improvement in their financial situation, with 56 per cent expecting it to take over six months, and 35 per cent over a year.

In the same vein, they are the most bearish about the country’s economic outlook, with 44 per cent expecting the economy to improve over the next year compared to 40 per cent expecting it to deteriorate. This is much more downbeat than South Africans, who reported the next most negative outlook, and a long way from the ebullience of Nigeria, where 56 per cent believe the economy will improve over the next year, and only 25 per cent that it will get worse.

“The prolonged disruption of routines in Kenya, combined with a larger second wave of infections than seen in many other countries, and a greater economic impact, have brought a general level of distress and anxiety to the national psyche that is reflecting across people’s attitudes and decisions,” said Roxana.


GeoPoll is the pioneer in providing remote, mobile-based research solutions throughout Africa, Asia, and Latin America. GeoPoll combines a robust, multi-modal technology platform with a large database of respondents, direct connectivity to mobile network operators, and a team of expert researchers in order to gather valuable data in more than 80 countries around the globe. Working with partners including international development organizations, local NGOs, and global brands, GeoPoll facilitates projects that measure vital indicators around the world. 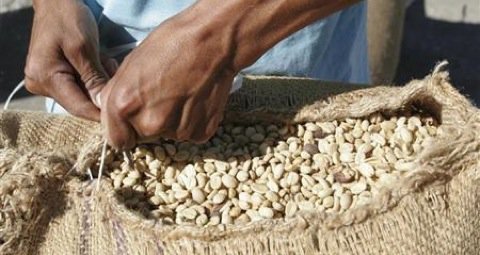 South Africa: Citizens Push Back Against 5G Towers in Their Backyards