The South African Constitution under Section 1(a) purports to be founded on the bases of human dignity, equality, human advancement and freedom – and yet South Africa is the most unequal country in the world. There is a common theme in South Africa, where our laws, policies, and strategies are commended on paper, but our rights and dignity are not realised and upheld in reality. The National Water Act of 1998 and the Water Services Act of 1997 are revered globally for recognising water and sanitation as a human right. However, much like the Constitution, the basis of this reverence is not reflected in the realisation of the principles of equity, human rights, and freedom.

If these Acts were implemented as mandated, communities would rarely find themselves in the dire circumstances they are constantly in. Consequently, there would also be less need for our communities to consult and quote the Constitution in an effort to correct the injustices they live with daily.
If the National Water Act and Water Services Act were implemented correctly, we would see fair opportunity to access water and sanitation services, with the same equal standards throughout the country, across all races, at all times. This, however, is far from the reality.

In the global discourse the Black Lives Matter movement has gained momentum in the United States and across the world; and with it so have discussions about environmental racism: the environmental injustice that occurs in practice and in policy within a racialised context. And while South Africa is rife with instances of environmental racism, it seems our government have turned a blind eye.

Globally, it is minority, low socio-economic group communities, and areas populated by black and indigenous people of colour and migrant workers that suffer environmental health hazards like toxic waste facilities, garbage dumps and landfill sites, sewerage, and polluted air that lowers the quality – and length – of life. Yet in South Africa, it is the majority – the black working class and poor – that are disproportionately impacted by environmental injustice.
Less than half – 46% – of South African households have water piped in their homes, which causes an array of injustices that have health, youth, and gendered impacts for the majority of the population without access to clean water.

Through research and quantitative data collated over the past few years, it is clear that the most environmentally hazardous industries (mining, agriculture, energy, and manufacturing) are predominantly located in areas near to, or downstream from where poor, predominantly black and communities of colour live. In Cape Town, Western Cape examples of such communities include townships like Mfuleni, Khayelitsha, and Dunoon to name just a few.

Lack of service delivery impacts the poor and working-class communities

Activists from these areas have been relentless in fighting what often seems to be a fruitless battle against environmental racism in their communities. These communities are frequently reporting a constant slew of health problems, that they attribute to the nearby sources of environmental contamination.

Many people are exposed to contaminated surface water, poorly treated municipal wastewater that discharges into the nearby rivers, and poorly managed domestic greywater due to no sanitation or limited access to toilets. Where there are no ablution facilities, people are exposed to the faeces of those forced to relieve themselves in the river nearby.

Water is in every part of life: drinking, washing, cooking, cleaning, sanitation, growing food – even cows, pigs, and goats, farmed in Mfuleni drink this contaminated water, and their meat and milk is sold and ingested, contaminating the animal and food system.

We interviewed a resident from Mfuleni township in March 2020 before the rise of COVID19, and he said “We live in appalling conditions, and we’ve come to accept that there isn’t any change that will come anytime soon.”

He spoke about the river that passes by the houses and the impact it has on the children who play by the river bank, as it is the only available space for play due to the lack of sufficient infrastructure.

An injustice faced by poor and working class black South Africans that is frequently overlooked, is the effect of discrimination on the environment that the community is located in. The most vulnerable citizens end up living in the most polluted areas with little to no access to green spaces.

“This exposes children to potentially fatal diseases like cholera and diarrhoea and other debilitating diseases like eczema,” said the Mfuleni resident.

With cultural taboos surrounding female sanitation and hygiene, combined with the lack of bathrooms and toilets, women and girls in Burundi section of Mfuleni do not eat or drink during the day. This is so they can go relieve themselves or manage reproductive hygiene only at night, using the cover of darkness for privacy. This has been seen to lead to infections, other health problems, and gender-based violence. Having to weigh up the threat of violent attack at night and its potential health risks, against the humiliation of doing toilet ablutions in the open during the day, is an impossible choice that no one should be forced to make.

Water is essential to human health and prevention of COVID-19

The impacts of environmental racism have been seen in the disproportionate levels of COVID-19 deaths amongst black citizens in the USA and the UK. However, the following observation from the ‘Bay State Banner” in Boston USA, could easily be mistaken to be about Cape Town:

“Your Zip code determines your relationship to a multitude of social determinants related to health, ranging from access to green spaces and reliable transportation, availability of healthcare services and healthy food, access to safe water and sanitation and proximity to agricultural and industrial waste and pollution. The unequal distribution of these resources can influence the health of entire communities. For example, exposure to air pollution is associated with higher levels of cardiovascular and respiratory diseases.”

As the Water Research Commission stated, “The provision of safe water, sanitation and hygiene services is essential for protecting human health during infectious disease outbreaks, including the current coronavirus disease [COVID-19]”. In the midst of COVID-19, The Minister of Human Settlements, Water & Sanitation (DHSWS), Lindiwe Sisulu, committed to rolling out 41,000 water tanks to the neediest and most vulnerable communities.

However, the plans and actions of the DHSWS were not properly outlined, nor were they transparent or consultative enough. The plans listed and prioritised the neediest communities – which consists only of black, poor, and working-class communities; highlighting the environmental injustice in South Africa’s delivery of safe water and sanitation provision.

The COVID-19 pandemic is a stark reminder of the day zero scenario which took the Western Cape by surprise – a city that would run out of water.  The severity of it, unjustifiably impacted on poor communities while the middle- and upper-class communities utilised the most water. This illustrates how environmental and social injustices are inextricably linked to privilege and class, as the communities who use water as much as they wanted did so because of the “pay as you use” policy, whilst the poor and working class communities barely receive water for the most basic of human needs such as drinking, cooking, or washing.

At the beginning of the COVID-19 outbreak, we believed we had heard positive news of change that could last into a post COVID-19 South Africa, with the delivery of water tanks to communities in need across the country. Communities were in line to benefit from emergency measures the government was being forced to implement in terms of the provision of safe water, sanitation and hygiene services in order to curb the spread of the pandemic.

However, as Human Settlements, Water and Sanitation Minister Lindiwe Sisulu said, lockdown has been the breeding ground for large-scale corruption. The water response to the pandemic, as in other areas such as education and healthcare, emphasises the devastating impact of massive inequality in South Africa, the impact of Neoliberal Economic policies, and the scourge of corruption on service delivery.

The pandemic has highlighted the glaring absence of basic levels of water and sanitation for millions of South Africans, and the ongoing impacts of corruption and maladministration have been major obstacles to ensure an effective response – and COVID-19 is not the only global crisis we are facing.

Time is running out for South Africa to ensure that such gross inequalities are addressed. The impacts of climate change are progressively exacerbating underlying water scarcity and inequality, and disasters such as drought, fires and future pandemics are going to become more frequent and severe as the climate crisis worsens.

Now is not the time to sit back. It is now the time to win our constitutional rights to water, and a safe and healthy environment which so many have been denied for too long.

*Apiwe Mdunyelwa is the Project Coordinator of the Water and Climate Change Programme at the Environmental Monitoring Group.

Action 24 is a 30-month initiative action co-funded by the European Union, aimed at strengthening environmental governance and civic participation, in order to advance decarbonised sustainable and inclusive development in South Africa.

The project namesake, inspired by Section 24 of the Bill of Rights that enshrines the rights of all citizens to a clean and safe environment, intends to achieve this by building the capacity of civil society, media, youth, and women groups to more effectively participate in public consultation and legislative oversight, with the anticipated outcome of the realisation of civic rights in respect of a healthy and safe environment and resilience against negative climate change effects. 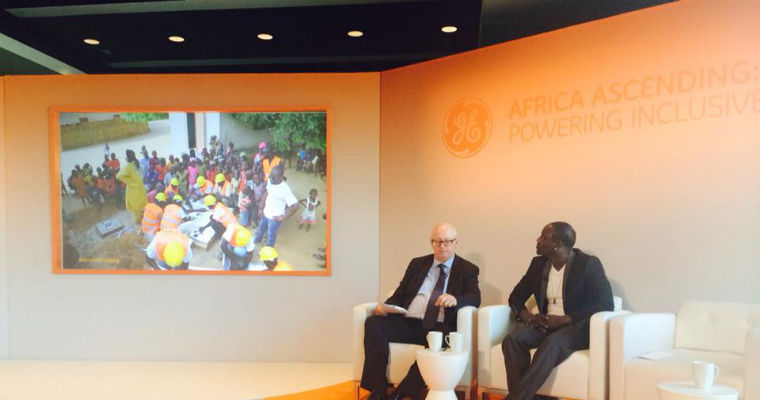