Juba — Egyptian President Abdel-Fattah el-Sisi, in his first visit to South Sudan said he and President Salva Kiir discussed regional security and the usage of Nile waters, including areas of trade and investment.

Abdel Fattah Al- Sisi, President of Arab Republic of Egypt, who arrived in Juba, capital of South Sudan on Saturday, was received by President Salva Kiir. His visit also comes at the time, the Federal Republic of Ethiopia is in political turmoil.

The two leaders broadly discussed matters relating to water resources management, especially Egyptian readiness to use their expertise to help mitigate the impact of current floods, both in short and medium terms through dredging water sources and water harvesting methods such as dams construction.

The statement after Saturday’s meeting made no mention of the deadly conflict inside neighboring Ethiopia, which is also in a dispute with Egypt over a massive dam that Addis Ababa is nearing completion on the Blue Nile.

Both Egyptian president El – Sisi and president Kiir agreed on the need to enhance mutual cooperation in areas of education, healthcare, media, energy, trade and investment, and infrastructural connectivity especially with respect to road and rail links.

El-Sisi in the statement said he and Kiir discussed maximizing the usage of Nile waters, which he said should be a source of hope and national development.

El-Sisi’s administrations described Ethiopia’s dam project as an existential threat to his country, which relies on the Nile for most of its water supply.

Ethiopia earlier says the dam is needed for development and poverty alleviation in the region.

However, talks among Ethiopia, Egypt and Sudan on the dam have been challenging as issues including the mediation of any disputes have yet to be agreed on.

Thought, South Sudan is a part of Nile water, is yet to be involved in the talks over the share of the Nile water.

The region has been watching to see whether Egypt would try to take advantage of Ethiopia’s current instability as Ethiopia’s clashes with the country’s heavily armed northern Tigray region for almost a month now.

Egypt’s president also said he’s asking the international community to lift sanctions on South Sudan, which is slowly recovering from five years of civil war that killed nearly 400,000 people. The implementation of a peace deal is behind schedule.

President El – Sisi also expressed his readiness to Support the implementation of the fragile Revitalized Peace agreement, where required.

Egyptian president also pledged the Egyptian full support in alleviating some of the challenges facing South Sudan such as the impact of falling oil prices, COVID-19 pandemic and recent devastating flood across the Country.

Don’t Underestimate the Power of Natural Gas to Transform Africa 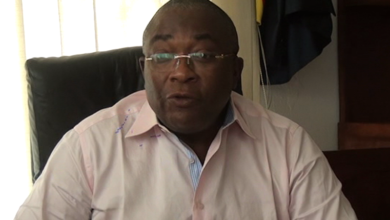