Job Sikhala of the Movement for Democratic Change and Jacob Ngarivhume of Transform Zimbabwe, two opposition voices once arrested for being critics to the Government of Zimbabwe have urged African countries to voice against the re-arrest of a Freelance Journalist Hopewell Chin’ono  in Harare on 3 November .

Hopewell was arrested for criticizing the Government on the recent corruption by a Harare woman suspected to be close to the 1st family. He was also arrested for negative comments in line with the Government’s human rights abuses, bad governance and acting with less strength against the rule of law. The last time he was arrested, he spent 45 days in prison.

Jacob Sikhala reiterated in full force of anger that the arrest of Hopewell is a sign of the Government’s failure to observe human rights, respect the law and its national constitution as well as being arrogant against citizens views, voices and opinion. He said the main reason for his arrest was him being critical to the Government for corruption. This he adds was done through circulation of tweets he made a few days ago.

‘’ Hopewell is being arrested according to the criminal Law and codification Act section 142. He is accused of being critic to the Government over issues related to the Government’s failure to contain massive corruption, human rights abuses and respect the rule of law.’’

‘’He is put to arrest for just simply minor reasons. He did not commit any crime at all but is being persecuted for standing against the people. This is not constitutionally proper. It is condemned by the United Nations Human Right Charter ‘’

‘’We therefore call for SADC and the whole of Africa to stand against Zimbabweans who are being undermined their rights and freedom of expression by people who are at wrong with the law. Africa is now to respond because the whole World has seen the real truth on the ground. South Africa is aware of all the issues affecting the nation.

Lindiwe Zulu even uttered that there is real crisis in the country. They are coming back to us to give their recommendations regards the crisis and the conflict between political parties. Everyone now knows the truth. Zimbabwe is in crisis more than any country in Africa.’’

Jacob Ngarivhume given his chance to speak said Zimbabwean citizens must come together as a nation to speak with one voice of change.  He adds that voices of the people make other countries come to fight for us.

‘’ Let us speak with one voice for change to fight against several forms of abuse of human rights, rule of law and on all other forms of ill-treatment perpetrated by the Government against its people.

‘’SADC and Africa must stand up to voice for people’s rights. This has gone for long. We have to speak with one voice. It begins with us so it must end with us. This time SADC and the whole of Africa shall stand for millions of Zimbabweans who needs to be delivered in terms of their deliverance from persecutions of this Government ‘’ , he concludes . 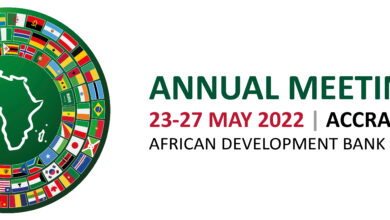 African Development Bank Group to hold 2022 Annual Meetings from May 23-27 in Accra, Ghana