President Emmerson Mnangagwa has declared a war on any forms of corruption and name dropping of the accused who point fingers at influential people so that they are let off the hook. This follows a case of corruption committed by Henrietta Rushwaya involving 6 kilograms of gold worth US$366,000 capital flighted to Dubai.

Henrietta Rushwaya a Harare woman, President of the Zimbabwe Miners Federation was on 26 October nabbed in possession of 6 kilograms of gold en-route to Dubai. She was arrested at the Robert Mugabe International Airport after a scan picked gold in a hand luggage bag she was carrying. Members of the Criminal Investigations Department who were informed of the case took tentative measures to arrest her.

Relating to the on-going case of fraud under thorough investigations, detectives ferreted the 1st family after Gift Karanda the accomplice to Henrietta boasted in name dropping that the gold belonged to the First Lady Auxilia Mnangagwa and her son Collins. Henrietta on her side exposed Ali Japan 786 [Pvt][Ltd] as owners of the gold which she Henrietta was taking to Dubai to hand it to someone not known to her.

Police investigations have led to the exoneration of the First Lady Auxilia and son Collins. In response to the case after the case failed on his wife and son, President Mnangagwa on his micro-blogging platform twitter gave no room and excuse to anyone involved in crimes then pointing figures at influential people to hang- off the hook.

‘’If you engage in , or promote corruption , you will get arrested  and prosecuted . There is no excuse to anyone involved. There are cases of people who commit crimes and they point at influential people so that they can be forgiven. There must be zero tolerance to corruption. Name dropping must come to an end immediately’’.

Gift Karanda an accomplice to Henrietta recriminated First Lady Auxilia as the one involved in the whole deal. He is facing charges of defeating the course of Justice and being against the Criminal Codification Reform Act and the Gold Trade Act chapter 21..03 which prohibits people to be involved in shady gold deals without a license . Lastly, he is facing the wrath of the law being against the Customs and Excise Act chapter 23.

Being held under investigations, Gift Karanda who has been believed and suspected to be under first lady is said to have mentioned the First Lady as owner of the Gold together with son Collins.

‘’This gold belongs to the 1st family ‘’ he was quoted.  1st Lady Auxilia Mnangagwa has since then demanded evidence to show that she was involved. She was quoted insisting that there was need for evidence because they as 1st family do not get in such cases involving gold deals. She said her son Collins was not that kind of person.

‘’Collins is such a hard worker. He does not get involved in shady deals at all.’’ she defended.

President Mnangagwa urged citizens to report issues of corruption. Those who after getting involved in corruption do point at some people who are influential so that they get out of their cases must face the law.

‘’ Citizens must report issues of corruption. All security apparatus have standing orders to enforce the law blinded to who a person knows or is related. The law has adequate provisions to deal with those who interfere its application or processes ‘’.

The standing accused Henrietta Rushwaya has been involved in the notorious case of the Asia -Gate scandal when she was Chairperson of the Zimbabwe Football Association in 2013. She was later acquitted in 2016. 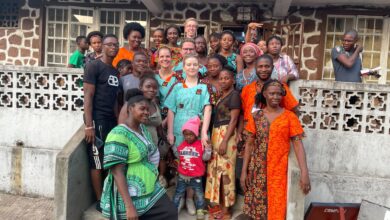 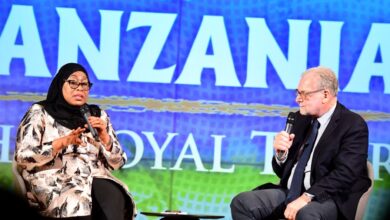