As the race hits up for who becomes the President of the Confederation of African Football, CAF, the body that manages football on the African continent, the chairman of South African outfit Mamelodi Sundowns Patrice Motsepe has entered the race.

He becomes the third person to show interest in that position after incumbent Ahmad Ahmad indicated he will run again, with Jacques Anouma of Ivory Coast the other person in the race. CAF’s election is scheduled to take place in March 2021 in Morocco.

Motsepe according to Forbes is the fourth wealthiest South African and the sixth wealthiest in Africa. He has a net worth estimated to be $2.4 billion. Motsepe has been involved in football for the past 16 years now as he has led Pretoria-based Sundowns since 2004. In 2016 his side Sundowns succeeded in capturing the CAF Champions League trophy.

Nigeria, Ivory Coast, Botswana, Sierra Leone are amongst eight countries that have refused to back Ahmad’s candidacy. Ahmad Ahmad has received the blessings of 46 African FA Presidents to stand for a second term in office.

CAF must improve its global standing,” said South Africa FA President Danny Jordaan as per BBC Sports Africa. “He is the most appropriate person we could offer for the leadership of CAF. We do not want any compromise on governance or ethics in football.”

Motsepe, who has been backed by his South Africa FA was not at the Press Conference on Monday to make his candidacy known as he is in quarantine after contracting COVID-19. Danny Jordaan, South Africa FA President and Nathi Mthethwa, South Africa’s Minister of Sports did so.

Jacques Anouma who is a former member of the FIFA’s Executive Committee (now FIFA Council) between 2007 and 2015 has been formally backed by his Ivorian Federation on Saturday evening, with the deadline for March’s election this Thursday.

It is still uncertain if incumbent Ahmad Ahmad from Madagascar would stand for re-election in March. The Malagasy did submit his necessary files for the position back in October. His eligibility has been questioned after he was found to have breached various FIFA’s ethic codes. He is set to face a ban on that.

Ahmad Ahmad has previously denied any wrongdoing. Last year, he was questioned by French anti-corruption authorities without being charged.

“He has more superior qualities than me,” Nigeria’s Amaju Pinnick, another person who had nursed hopes of becoming the President but has now declined told BBC Sport Africa. “It is not about me, it’s about African football. If you have someone with superior qualities, you have to learn from him and queue behind him and wait for your time.” 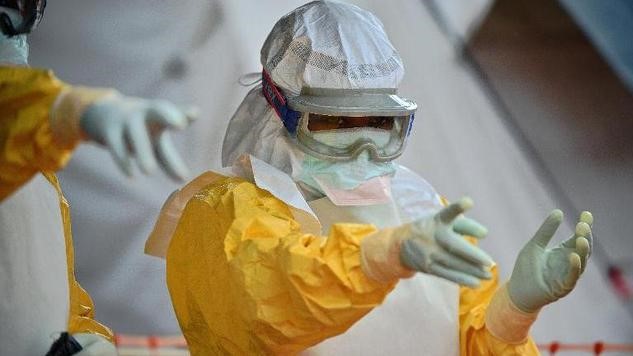 Ebola: 10 facts and figures–plus what raw West African onions have to do with it