On October 31, Alassane Dramane Ouattara was re-elected President of Cote d’Ivoire. The official vote for President Ouattara was 3,031,483, which was 94.5% of total votes cast, with 53.9% of registered voters participating. Observers for both the African Union and Economic Community of West African States validated the legitimacy of the election process. On November 9, he was sworn in for his third term as president of Cote d’Ivoire.

In the days leading up to the election, scores of widely circulated stories, with frightening headlines predicting “chaos, a dangerous election, civil war,” attempted to create the narrative that this election could potentially experience a repeat of the violent conflict that caused thousands of deaths in 2010-2011. This blatantly false storyline, spread by major news outlets in Britain, France, and the U.S., that was intended to create fear and inflame the emotions of the population; never materialized. There were acts of civil disobedience and conflicts in a few outlying districts. However, in Abidjan, the country’s port city, where 20% of the population resides, there was no evidence of any kind of violence and the city remained calm.

I was very pleased to witness hundreds of Ivorians peacefully standing in long lines waiting to vote, in Treichville, a poor section of Abidjan. This was one of the several polling centers I visited. As I walked around several voting locations, I observed a professional orderly voting procedure.

Stability for the nation of Cote d’Ivoire following this election is not only important for 25 million Ivorians but is vital for all of West Africa and the Sahel. Cote d’Ivoire’s bordering neighbors, Mali, and Burkina Faso are being destabilized from attacks by violent extremists.

Cote d’Ivoire, a potential economic hub in West Africa, is already exporting energy to several nations in the region and transporting goods from its port via rail to landlocked Niger and Burkina Faso. With the modernized Abidjan port, Cote d’Ivoire offers a vital gateway for development in West Africa.

It is universally recognized that President Ouattara, who was president from 2011-2020, created an economic recovery from the previous ten years of 2000-2010. In that period, referred to as the ‘lost decade,” Cote d’Ivoire was governed by President Laurent Gbagbo, and racked by a protracted and bloody civil war.

Originally, President Ouattara announced in March of this year that he would not run for office again. He threw his support behind the then Prime Minister, Gon Coulibaly, who unexpectedly died of a heart attack in July, compelling President Ouattara to reverse his decision.

In an article published on Oct 28, in Modern Ghana, More than meets the eye, Mamadou Haidara, ambassador to the U.S., explains President Ouattara’s reasoning to seek the presidency again:

“This extraordinary circumstance left a major political party with the difficult task of identifying, vetting and putting forward an alternative candidate in a matter of days or weeks — an unrealistic timetable in any country, and especially so in this young and still somewhat fragile democracy…

“Confronted with this unforeseen predicament, President Ouattara’s decision to seek another term in office was the only viable path forward for his party and his country.”

The nation’s Constitutional Council ruled on September 14, that in accordance with Cote d’Ivoire new constitution of 2016, it was permissible for President Ouattara to seek a third term. United States ambassador to Cote d’Ivoire, Richard Bell supporting the nation’s sovereign authority to conduct its election, responded in an interview  published in Fraternite Matin (October 17-18):

“Question: Of the 44 candidates, only 4 were deemed eligible to take part in the election. Do you have a comment on this situation?

Amb Bell: There are a lot of applicants who weren’t successful. I think the Constitutional Council ruled that they did not meet the criteria. In any country, there must be someone who decides. Who says the law in this country? There has to be a clear answer to this question. In Côte d’Ivoire, for questions of this kind, I believe that it is the Constitutional Council which decides. The United States respects the sovereignty of Côte d’Ivoire. I therefore find it hard to see my government contradicting what is said by the highest Ivorian authority.”

Those seeking to destabilize Cote d’Ivoire, seized the ruling by the Constitutional Council to allow President Ouattara to seek a bid for a third term as a gambit to destabilize the nation.

In addition to the 78 year old President Ouattara, from the Rally of Houphouetists for Democracy and Peace party (RHDP), the Constitutional Council approved three other candidates to compete for the office of president.

On October 15, candidates Bedie and N’Guessan, fearing they would lose, called on their supporters to boycott the election, in preparation to create the conditions to destabilize Cote d’Ivoire immediately following the vote. This calculated action, a mere 16 days before this critical election, which would impact the nation’s future, was intended to prepare the groundwork for a campaign to “delegitimize” the presidential election. Right on cue, as part of their scheme, Bedie, and N’Guessan, who received .99% and 1.66% of the vote respectively, characterized the election as illegal and illegitimate, as they had planned. The duo then nonsensically called for the creation of a “council of national transition.” In effect, these defeated candidates, who claim to support democracy, are advocating for the disenfranchisement of millions of Ivorians, who endured the heat and long lines to vote for the candidate of their choice.

N’Gueesan was arrested on November 7, and Bedi is under house arrest for calling for the formation of an unlawful-none-elected government. This may not seem serious to those unfamiliar with Cote d’Ivoire’s history of elections. However, Ivorians memories are deeply scarred from the violence that followed the 2010 presidential election, when President Laurent Gbagbo refused to leave the presidential palace after being defeated by President Ouattara. From December 2010 into March 2011, heavy fighting between opposing armies in Abidjan killed three-thousand people and displaced upwards of one million. For a young, emerging nation, recalling the horrors from a decade earlier, the actions of N’Ggueesan and Bedie are threatening to Ivorian society and its elected government.

Joining the opposition coalition that is attempting to overthrow the elected government of Cote d’Ivoire is Guillaume Soro. He served as prime minister under President Gbagbo from 2007 to 2012, and President of the National Assembly from 2012 to 2019, during  Ouattara ‘s presidency. He previously was an ally of President Ouattara and led the rebel forces against then President Gbagbo. It is important to recognize that prior to the election, Soro confirmed the opposition’s game plan, telling Le Monde, a major French newspaper:

“We have succeeded (sic) in discrediting the electoral process and in giving ourselves the means not to recognize Mr. Ouattara as President of the Republic of Cote d’Ivoire after October 31.”

Soro, who was disqualified from running for president by the Constitutional Council for embezzlement and money laundering, is residing in Belgium after being found guilty in absentia. On November 4, four days after President Ouattara’s victory, Soro called for armed mutiny against President Ouattara. He posted on his face book an appeal for a military coup. He wrote:

“Turning now to our security and Defense forces…I’m asking you to disobey illegal orders and join the national transitional council…We cannot out of fear, allow dictatorship in Ivory Coast by Alassane Ouattara.”

Bedie also failed when he tried to enlist the support of the U.S. to join his effort to subvert the election. On November 2, the U.S. Embassy in Abidjan issued the following statement:

With the election over, now is the time for Cote d’Ivoire to unite around the goals of fulfilling the nation’s potential, industrializing its economy, and providing for the wellbeing of all its people.

President Ouattara, in his acceptance speech on November 9, committed himself to resolving the country’s conflict:

“I would like to reaffirm my availability today, as I did yesterday, for a sincere and constructive dialogue with the opposition, while respecting the constitutional order.

“I would like to invite my elder, President Henri KONAN BEDIE, President of PDCI-RDA, to a meeting in the next few days for a frank and sincere dialogue in order to restore confidence.

“I ask all our fellow citizens, in a surge of peace of minds and hearts, to work to maintain and strengthen peace throughout our country. We have so much to do together, to build and consolidate our Nation.

“The time for electoral competition has passed.  Now is the time for action.  And for me, action is the “Côte d’Ivoire Solidaire” Project for which I was elected, and which will accelerate the economic and social transformation of our country, through more inclusive growth.”

President Ouattara’s administration has outlined in its Strategic Plan-2030, a vision for a prosperous and inclusive Cote d’Ivoire. Key goals of this plan include; reducing poverty from 39% to 20%, increasing life expectancy from 57 to 67 years of age, creating 8 million new jobs, and reducing child mortality by 40%.

It is in the interest of all Ivorians to move beyond this contentious election and work together to achieve a stable and blossoming nation. With peace, stability, and the right policies, Cote d’Ivoire, a lovely cultural melting pot of many nationalities, is capable of becoming an engine of growth for West Africa.

*Lawrence Freeman is a Political-Economic Analyst for Africa, who has been involved in the economic development policy of Africa for over 30 years. He is the creator of the blog: lawrencefreemanafricaandtheworld.com. The article is culled from his blog 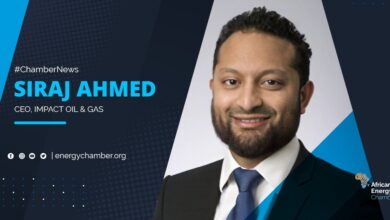