Mozambique will invest $30m in the rehabilitation of the Dona Ana-Vila Nova da Fronteira railroad spur, in the central province of Tete, to re-establish the rail connection with Malawi.

When the work is complete, Malawi hopes to export sugar to Europe, via the port of Beira.

Beira may be the most convenient port for companies in southern Malawi – but for northern and central Malawi, the main route to the sea will certainly remain the railway across northern Mozambique to the deep water port of Nacala.

Augusto Abudo, the managing director of Mozambique’s publicly owned ports and railway company (CFM) central division, said the money will be disbursed by the company and the groundwork for the project, meant to end in September 2021, is underway.

The next phase, said Abudo, will consist of clearing the bush from the route of the line. Work on this has already begun on the Malawian side.

Malawi uses these corridors to import basic food supplies, fertilizers, fuel, building materials among other commodities, but also to send its exports, such as tobacco, onto the international market.

When operational, the railway will connect Malawi to the central Mozambican port of Beira “When the line is working, cargo to and from Malawi will be ferried along the Sena Rail line to the Port of Beira,” said Abudo. He stressed that the line bring great benefits not only to CFM but also to the country because of the jobs and related businesses it will create.

The decision follows a recent understanding between Mozambican President Filipe Nyusi and his Malawian counterpart, Lazarus Chakwera, on facilitating increased use of the Mozambican port and rail systems for Malawian trade.

The Malawians have expressed concern regarding the warehousing capacity for their commodities as well as the delays in the berthing of cargo ships. However, Mozambique’s Transport Minister, Janfar Abdulai, assured the visiting delegation that these concerns have been overcome.

The rail connection between the two countries was interrupted in the 1980s at the height of the war of destabilisation, pitting the government against the apartheid-backed Renamo rebels. 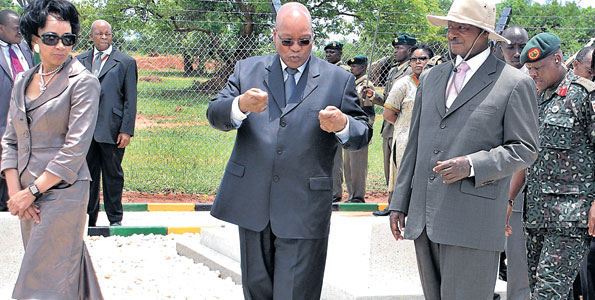