When armed attacks began in Mozambique in October 2017, the local authorities did not take the matter very seriously. They saw the assault on a local police station and the killing of police officers as just another crime. The attacks continued and the authorities’ position has always been to demoralise the situation. The chief of police even publicly declared that the ‘bandits’ had seven days to surrender to the authorities or else they would all be arrested and punished. Three years have passed since the first attack and in Mozambique alone more than 2,000 people have been killed. The government’s classification of the attackers has changed from ‘evildoers’ to ‘terrorists’, and they are already expanding their armed incursions into Tanzania.

Between October 2017 and October 2020, the insurgents have carried out more than 600 attacks in the central and northern districts of Cabo Delgado province, causing more than 2,000 deaths, of which more than 60% are civilians. Apart from their barbarity, the most visible face of the attacks in Cabo Delgado is the growing number of internally displaced people, which reached more than 300,000 by the end of September 2020. According to the Mozambican think tank Centre for Public Integrity (CIP) that is about 13% of the entire population of the province.

The flood of internally displaced people caught the Government completely unprepared, and the situation of humanitarian crisis is visible in the places where the displaced people are accommodated.

Hence two separate groups arose of internally displaced people. On the one hand, the majority who took shelter in the homes of welcoming relatives, and, on the other, those who are in centres for the displaced set up for this purpose.

The situation of the displaced will tend to worsen in the coming days, particularly if the government is unable to hold back the intensification of attacks in the central and northern districts of Cabo Delgado.

The historic neighbourhood of Paquitequete is the main point of entry for internally displaced people arriving from the coastal regions of Quissanga, Macomia, Mocimboa da Praia and Palma districts. They arrive at the fishing port on sailboats after long days sailing at sea.

Many of the displaced who arrive at Paquitequete are seeking to locate the house of a relative or acquaintance who lives in Pemba. After spending about 48 hours, in the open, on the waterfront, the displaced manage to locate their relatives, friends and acquaintances and are received into their houses. Most of them stay in Paquitequete, known as the neighbourhood of the Kimwanis. Some young volunteers, mostly students in Pemba, work relentlessly to assist the newly arrived IDPs with water, food, and to finding shelters.

The United Nations Office for the Coordination of Humanitarian Affairs (UNOCHA) said many of the displaced people arriving in Pemba were fatigued, dehydrated, hungry and suffering from various diseases.

The United Nations Office for the Coordination of Humanitarian Affairs (UNOCHA) said many of the displaced people arriving in Pemba were fatigued, dehydrated, hungry and suffering from various diseases. These include diarrhea and malaria. Three women went into labour on the boats.  They have nothing to even wrap the baby, since they fled the war and went out with only a capulana around their bodies, so they often carry the babies in plastic basins

The main needs of the people arriving have been identified as clean water, sanitation and hygiene (WASH), food security, health and protection, especially related to child protection and gender-based violence.

The Islamic insurgency in the northern Cabo Delgado feeds upon the region’s relative isolation from the rest of the country, a large disenfranchised Muslim population, extreme poverty, and marginalized economic development that embraces illicit activities. The government has had difficulty maintaining sustainable physical linkage with the north which contributes to its isolation.

From ‘evildoers’ to ‘terrorists’

Authorities meanwhile confirm an increase in the number of attacks in Cabo Delgado. Armindo Ngunga, Secretary of State in the province acknowledged in a conversation with journalists on 20 October that there has been an intensification of terrorist attacks in recent months.

“It seemed to be an action which could eventually be overcome in a short time. That is why we, at that time, called these guys evildoers. [They] have been growing in terms of performance, which worries us. Especially the refinement with which they carry out their barbarities,” Ngunga explained, adding that since March this year, “the matter has got worse, because they started to attack not only administrative posts and villages, but also some district capitals in the central and northern regions of the province”.

The Defence and Security Forces in the region have intensified operations in order to restore peace. However, according to the State’s representative in the province, this has not prevented people from moving to areas considered safer, such as districts in the south of the province.

In the attacks, villages have been burnt down and people beheaded. The militants have also killed government soldiers before retreating into the bush. The fighting in Cabo Delgado has so far involved less sophisticated tactics and weaponry. The militants are known to use mobile phones to communicate and motorcycles to move from one point to the next.

The terrorists based in Mozambique conducted a major attack on the Tanzanian town of Kitaya on 15 october, capturing an armoured personnel carrier and killing at least two people.

A communication from the Islamic State group claimed the attack had hit a barracks of “the Tanzanian Crusader army”. Video footage has emerged on social media and messaging apps, showing armed men shouting in Swahili that they are Al Shabaab from Mozambique, now attacking Tanzania.

The Islamic State statement claims a tank was captured in Kitaya, which sits on the Tanzanian side of the Rovuma River which forms the border between Tanzania and Mozambique. One of the videos appears to show the men with an armoured car.

The videos suggest a political angle to the attack, which came two weeks ahead of the Presidential election in Tanzania. One video shows an apparent insurgent tearing a poster of Tanzanian President John Magufuli.

The terrorists based in Mozambique executed six villagers in a Tanzanian border village on November 13, marking the first reported cross-border attack in this conflict. The attack was unsophisticated but is an early warning of the threat that they could pose to Africa’s sixth-largest country.

U.S. divided over masks, schools as coronavirus cases rise by over 70,000 again 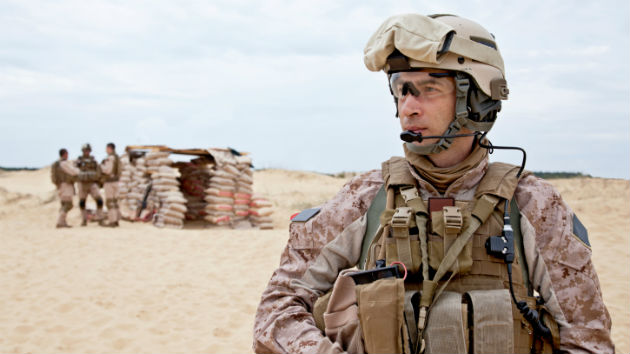