Prime minister Carlos Agostinho do Rosário met with Tanzania’s recently re-elected president, John Magufuli, on Thursday, to discuss cooperation between the countries to fight terrorism in the region.

Rosário did not give many details, but said that the countries should work together to fight the insurgency in Cabo Delgado, as the stability of the region depended on it.

However, Tanzania deported around 1,000 refugees to the district of Negomano more than two weeks ago, where they apparently remain. The local head of the National Health Institute in Pemba, Cabo Delgado province, said a health team had been despatched to check up on the refugees — and had diagnosed eight of them with covid-19.

Last week a sequence of rockets launched over the Rovuma River from Tanzania to Mozambique seriously injured 12 civilians in a village in Cabo Delgado.

The rockets were allegedly targeting terrorist group camps entrenched in woodlands on the banks of the Rovuma River.

The heavy weapons fire attributed to the Tanzanian army hit the village of Mandimba on Thursday and Saturday, eight kilometres from the Nangade district headquarters in the north of Cabo Delgado, an area that is home to thousands of displaced persons from terrorist attacks.

On the other hand, Mozambique’s chief of police, Bernardino Rafael, said that terrorists killed 270 people in the last three months. Besides civilians, an unspecified number of members of the Defence and Security Forces were killed, and another 56 were injured.

According to Rafael, forces members should commit themselves to tackling terrorism in central and northern Mozambique. Rafael also said that the number of crimes recorded in the first nine months of this year had fallen by 994 compared to the same period last year.

Kenya:Safaricom half-year profit drops for the first time in 8 years 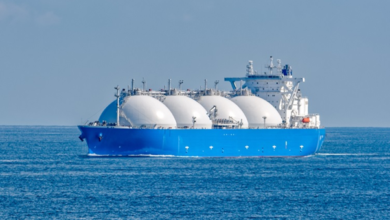