Mozambique and Malawi will analyse from today until Saturday in Blantyre the defence and security situation affecting both countries, a topic that will be discussed during the XIII Joint Permanent Commission on Defence and Security (JPCDS).

According to a statement from the Mozambican Ministry of Defence seen by PAV, the session aims to discuss matters relating to Defence and Security, with particular emphasis on the latest political and security developments with an impact on the two countries.

Boundary conflicts and cross border crimes are among key issues on the agenda, a source told PAV.

The meeting will also review the implementation of resolutions and recommendations made during the XII Session held in Mozambique, from 16 to 19 December 2018.

Mozambique participates in the event with a delegation headed by the Minister of National Defence, Jaime Neto, and includes the Minister of the Interior, Amade Miquidade, as well as Alio dos Santos Jane, representing the director general of the secret services and senior staff of the defence and security sector.

The ministerial meeting will take place on Saturday and will be preceded by the experts’ meeting on Wednesday and Thursday.

The commission is charged with guaranteeing matters related to security between the two countries, including the fight against organised crime, illegal immigration, terrorism and trafficking in people and drugs.

The Islamic Development Bank Group, in cooperation with the United Nations Conference on Trade and Development, organized a webinar on the Impact of COVID-19 Pandemic on the Global Investment Outlook 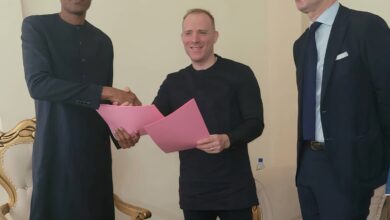 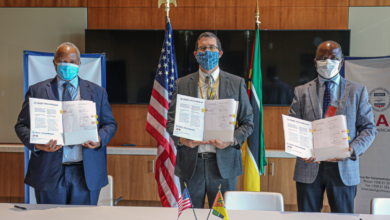