Emmanuel Macron says ‘Islamist terrorism is an international threat that needs an international response’ as he condemns attack that left 50 victims beheaded in Mozambique,  where Up to 2,000 people have been killed and about 430,000 have been left homeless.

“In Mozambique, more than 50 people have been beheaded, women kidnapped, villages looted and then set on fire,” Macron wrote on Twitter. “Barbarians hijack a religion of peace to sow terror: Islamist terrorism is an international threat that calls for an international response.”

Canada’s foreign minister says the government is “shocked and disturbed” by reports that dozens of civilians were beheaded in northern Mozambique.

In a tweet Tuesday evening, François-Philippe Champagne called the reported beheadings “an horrific and despicable act” and said his ministry will monitor the situation closely.

“We’re deeply concerned by the ongoing situation,” he said. “Civilians must be protected and violence must stop.”

Travel Canada has been advising Canadians to avoid all travel to certain parts of Mozambique “due to clashes between armed groups, security forces and residents,” and says non-essential travel to the rest of Cabo Delgado province should also be avoided because of the “unstable security situation” there.

“Our ability to provide consular assistance to Canadians in Cabo Delgado Province is extremely limited,” the agency says.

In response to reports that militants linked to the Islamic State had beheaded more than 50 people in northern Mozambique, a Catholic charity is sending emergency aid to the affected diocese.

Church in Need (ACN) has announced that it is sending $118,000 in emergency aid to Mozambique and blankets, clothing, food, and basic hygiene products for the displaced in Mozambique, as well as counseling for trauma victims.

During Holy Week this year, insurgents perpetrated attacks on seven towns and villages in Cabo Delgado province, burning down a church on Good Friday, and killing 52 young people who refused to join the terrorist group. 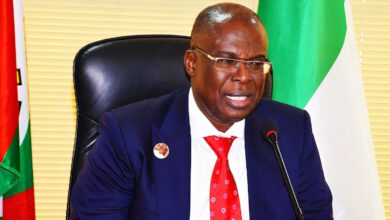