The doctrine of separation of powers states that there are three key pillars of government. These include the Executive comprising of the President/Prime Minister and top beaurocrats, the Judiciary comprising of the officers of law, and the Legislature comprising of elected representatives. Each of these pillars function separately from each other and no one pillar can exert influence on the other. The independent nature of these three pillars of government enable them to act as ‘able’ checks and balances to other pillars thereby ensuring transparency and accountability.

Zimbabwe is one country that has adopted democracy as its preferred form of government. Since the time that the country attained independence in 1980, Zimbabwe has always regarded itself as a democratic state. However, in recent times, democracy in the country has been under attack as one pillar of the government has assumed more powers than the other pillars and as such, it now exerts influence to other pillars – a move which has made the whole notion of separation of powers redundant.

Some few months back, opposition figures and government critics spearheaded by Transform Zimbabwe leader Jacob Ngarivhume announced plans to call for a nationwide demonstration on July 31. The organizers of the demonstration said that the main purpose for calling for the demonstration was to show the country’s leaders that the country was heading towards a disastrous parts as several top government officials were looting the state coffers for their own benefit. The demonstration was called soon after the Covidgate Scandal which implicated then Minister of Health, top officials in the Ministry of Finance and the First Family for colluding to inflate prices of imported PPE (personal protective equipment) equipment using a shelf company which go the contract without going through the normal tender process.

Many ordinary Zimbabweans especially the urbanites supported the calls for the demonstration and showed intention to be part of the proceedings come July 31. As fate would have it however, the government just days before July 31 tightened the Covid-19 lockdown regulations thereby effectively making it impossible for the demonstration to go on. Dismayed by the move, some of the organizers including Job Sikhala from the MDC Alliance kept on urging citizens to take to the streets regardless of the pronouncements made by the government. The remarks made by Job Sikhala were viewed to be ‘inciting’ remarks which possibly could lead to violence and thus a charge was opened against him.

For some weeks, Job Sikhala evaded the authorities as he released video footage of himself camping in an unknown countryside location. Unable to continue living in hiding for long, Sikhala was later on arrested in Harare, Zimbabwe’s capital city and was charged with inciting public violence. On his first day in court, Sikhala was remanded in prison. The judge however later on released him on bail.

For many, Sikhala’s release on bail was simply viewed as a straightforward judgment considering the nature of the charges he was facing. However, for Judge Erica Ndewere, the judge who released him on bail, she soon realized that her decision to grant Sikhala bail had ruffled the feathers of big wigs in government. Soon after her decision to grant bail to Sikhala, Judge Ndewere received a suspension letter from the President Emmerson Mnangagwa suspending her on grounds of gross incompetence citing slipshod work and a large batch of delayed judgments.

Judge Ndewere did not take the suspension lightly, as soon as she was suspended, she went on the attack stating to the public that Zimbabwe’s Chief Justice Luke Malaba was waging a personal war on her after she defied his ‘unlawful’ order not to grant MDC Alliance deputy chairman Job Sikhala bail. She went on to state that this was not the first time in which the Chief Justice had poked his fingers in her rulings – she stated that during the trial of corruption-accused former minister Prisca Mupfumira last year, the Chief Justice had intimidated her telling her that she should not grant the former minister bail.

While the matter at the current moment is just a case of him vs. her, what’s troubling many is that the body tasked with overseeing the conduct of the country’s judges, the Judicial Service Commission (JSC) only made a move to institute a tribunal after the Executive had shown great interest in the matter – a move which many say only shows that the JSC works as per the command of the Executive.

How to maximise your Christmas sales with digital marketing – Webinar 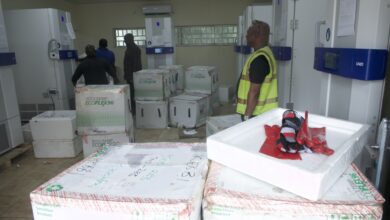 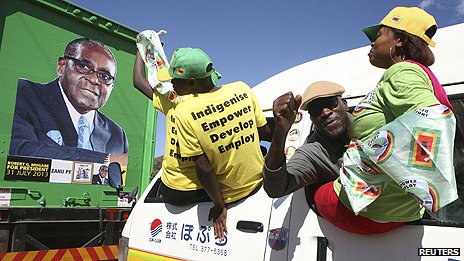 Conferencing in Africa reaches for the stars