Africa’s lacklustre performance in the Fifa World Cup is something new. After every four years, five African nations represent the continent to the luxurious tournament but none is yet to bring the trophy home. The farthest an African team has reached is a quarter-final and many of them do not proceed beyond the group stage. Cameroon was the first team to reach the quarter-final in 1990 in Italy before being eliminated by England.

After a 12-year of waiting, Senegal reached the same stage only to suffer a 1-0 defeat in the hands of Turkey and the latest to have done this feat is Ghana which shocked many during 2010 World Cup hosted by South Africa but was bundled out on penalty shootout by Uruguay.

Many African players are dominating European leagues like French Ligue 1, English Premier League (EPL) and Spanish La Liga among many others but when it comes to international football, the results are discouraging. According to statistics, 234 African players featured in the top European Leagues in the 2012/2013 (36 in Premier League, 125 in Ligue 1, 27 in La Liga, 22 in Bundesliga, and 24 in Serie A.  Another example is that three African players topped the list of top scorers in the Premier League in the 2018/2019.  Sadio Mane (Senegal), Mohamed Salah (Egypt) and Pierre-Emerick Aubameyang (Gabon) scored 22 goals each.

In the last few years, football talents have become a lucrative export commodity with a whopping percentage hailing from Nigeria, Ghana, Senegal and Ivory Coast as per the International Centre for Sports Studies.

Why is the continent under-performing despite producing a plethora of talents? Who to blame? The main problem facing African football is widespread corruption, lack of accountability and maladministration. The problem starts at the top at Confederation African Football (CAF) and trickles down to the national associations. There are many corruption allegations levelled against the current CAF President Ahmad Ahmad, In a document sent to Fifa on March 2019by Amri Fahmy, a whistleblower, Ahmad is accused of directing his secretary-general to pay $20,000 bribes into accounts of African football association presidents.

He was also accused of overspending more than $400,000 of CAF money on cars in Egypt and Madagascar. He is further alleged to have cost CAF an extra of $830,000 by ordering equipment via a French intermediary Company known as Tactical Steel.

Corruption in sport is everywhere but it poses more serious consequences in Africa more than any other part of the world. African football is lagging due to systematic and institutionalised problems which leads to the looting of funds, underpaid players, poor infrastructure, rigging of elections and presidents who serve for decades. Other administrative challenges are matching fixing, bribing officials and vote-buying.

There are a lot of funds pumped in African football by Fifa development projects, companies which deal in mining, agriculture, gas etc, sponsorships, television networks and international sports companies such as Adidas and Puma, nonetheless, they end up in individual pockets. The recent case is of Kenya’s FA boss Nick Mwendwa who was grilled by detectives from the Directorate of Criminal Investigations (DCI) in May 2020 over the alleged embezzlement of Ksh.244 million meant for the preparation of the national soccer team during the 2019 African Cup of Nation (AFCON). Also at the heart of the probe was the Ksh.125 million used by the Kenya Football Federation (FKF) to lease outside broadcast (OB) communication as well as an unpaid bonus to players.

Also South Africa’s Football Association (Safa) was reported to have bribed Fifa officials to win the bid to host the 2010 World Cup. The world soccer governing body had confirmed its officials accepted up to $10 million in return for votes that awarded the country the tournament.

There is also corruption in the team selection as coaches are being bribed by agents to call up the players who do not deserve to be included in the team. Best players miss the chance of representing the countries and the outcome is poor performance.  For example, former Nigerian assistant coach Salisu Yusuf was in 2018 filmed accepting monetary gifts from persons who disguised themselves as football agents and wanted their players to be included in the Nigerian team at the Championships of African Nations (CHAN).

Moreover, as a result of poor payment players have resorted to match-fixing to earn extra cash to sustain their families. Seven of the national team squad in the 2014 World Cup in Brazil are alleged to have involved in match-fixing with a Singaporean Wilson Raj Perumal. Wilson was reported to have predicted the result with Croatia and that a player would be sent off. The Indomitable Lions were humiliated 4-0 and Alex Song was red-carded for throwing an elbow at the back of Mario Mandzuki’s head.

Unless the Fifa’s non-interference policy is revoked, we should expect nothing good from African football. The policy that fights political and government interference in football matters is covering lords of corruption tasked to manage football. The rule allows Fifa to suspend countries whose governments try to interfere with football issues.  In 2010, the ex-Nigerian President Goodluck Jonathan suspended the national team from participating in international tournaments in a bid to combat rampant graft in the Nigerian Football Federation (NFF). Fifa gave Nigeria an ultimatum of three days to reverse the decision or face a ban and the government heeded to the body’s demand.

African football fans should lower their expectations because with the corrupt, greedy and inefficient football administrators, the World Cup trophy will never find its way to the continent. The nature, scale and impact of corruption in Africa is at a higher level and must be dealt with first before anything else.

Wi-Fi hotspot business the space race of our age! 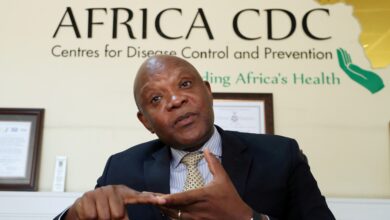