The United Nations Deputy Secretary-General is on a trip to West Africa and the Sahel region, and on Tuesday, she travelled to Borno state in northeastern Nigeria, a region badly affected by conflict and where many continue to live under the threat of Boko Haram insurgency.

The visit to the border town was to see the collaboration between the state government and the UN, its support for the displaced communities and how the partnership is evolving, said Ms. Mohammed.

“We were able to visit many of the IDPs, clearly the thousands that we found in that camp want to go home, they are impatient to do so. They would like to come back to their livelihoods, back to access to basic services, and that, I think, was very clear in our visit today,” she added.

Ms. Mohammed also spoke of the support provided by the camp to those displaced as well as to the returnees and “finding a pathway for resettlement and reintegration of the people of Borno to a life of peace and prosperity – of better than when they left, having experienced many years of … conflict.”

She said she was pleased to see a cross-border post in Banki, giving civic presence, which hopefully will begin to signal some normalcy in the town, though it would still take some time for life to return to normal.

In addition to challenges related to security and growing humanitarian needs, the deputy UN chief saw first-hand the efforts undertaken by authorities, non-governmental organizations (NGOs) and partners to respond to the impact of COVID-19 in some of the country’s most vulnerable communities.

Later in the day, Ms. Mohammed travelled to Maiduguri, where she met with the Governor of Borno state. She also visited a girl’s secondary school, and held a discussion with humanitarian workers.

The Deputy Secretary-General is on a two-week solidarity visit to West Africa and the Sahel to underscore the UN’s support to countries during the COVID-19 pandemic. She began her mission, in Nigeria on Monday, where she met with President Muhammadu Buhari and top officials in the capital, Abuja. 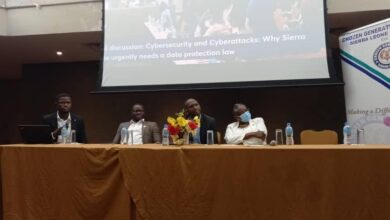