Renowned Human Rights Lawyer and former President of the Fako Lawyers Association (FAKLA) Barrister Felix Nkongho Agbor Balla says entertainers in Cameroon have to use their voices for preach peace and peacebuilding in the country.

“With your voices, you can spur the people to action. Actions that will bring forth reconciliation and peace-building strategies,” Barrister Balla told the entertainers during the Muma 2020 Musical Excellence Awards, on 14 November 2020 at Douala Bercy, Akwa- Douala.

“While musicians individually and collectively sing songs, humourists should use laughter to send a message of peace while cartoonist should use their artistic skills to condemn the ongoing horrors. Animators and disc jockeys should develop jingles on peacebuilding while graphic designers on their part can flood our streets with banners calling for peace.”

Speaking on “The Entertainer’s Role in Peace Building and Economic Growth” Barrister Balla paid homage to the victims of the Kumba massacre and victims of other disasters.

“I would like to extend my heartfelt sympathies to the families affected by the ruthless massacre of children at Mother Francisca International Bilingual Academy in Kumba on October 24 and other lives lost in the course of the crisis in the North West and South West regions of Cameroon,” Barrister Balla said.

“I will also like to remember the victims of natural disasters like flooding, the victims of social unrest caused by the Islamic sect Boko Haram in the North of Cameroon, and those who have died due to the Coronavirus Pandemic.”

He went on to urge the entertainers to play their part in prioritizing peace, justice and economic stability.

“… All of us are stakeholders in ensuring that lasting peace is brought to the restive regions of the country. We have been witnesses to the nose-dive direction the economy has taken as a result of this war which if not overturned immediately will plunge our nation and by extension, our sub-region into unprecedented economic crisis through measures and actions inimical to economic growth,” Barrister Nkongho Felix Agbor Balla, erstwhile President of Fako Lawyers Association (FAKLA) said.

The 2020 Muzikol Music Awards – “MUMA 2020” happened within the context of deepening crisis in the North West and South West Regions of Cameroon that has been going on for the past four years. The carnage that has occurred within the context of this crisis is none that any right-thinking person can endorse. We have witnessed untold human rights violations in all forms.

“I pride myself and the integrity of my organization – CHRDA, as a frontline actor in documenting these violations and I can tell you without any fear of contradiction that the violations have been gross, widespread and systematic. We are not here today to debate and lay blame on the actors of this crisis. We are here to chart a new way of lowering the curve and directing it towards a peaceful resolution of the crisis,” Barrister Balla said.

To Barrister Ball there will be critics and detractors; decriers who, behind the shield of their screens, will scrutinize every one of their actions and strategies, slurring every one of them. “Still, do not relent. Stones only target ripe fruits on a tree with good produce, not unripe ones,” He said.

“This calls for concerted efforts amongst you the entertainers. Enough of the backbiting, enough of mudslinging, enough of pettiness and cynism that has animated your corps for a while now. This is the time for you to come under one dynamic outfit and develop a common message that will penetrate and soften the hearts of major stakeholders of this crisis,” Barrister Balla added.

In our Cameroonian context, we are witnesses to the downward turn the economy of the two restive regions has taken, which has directly affected the nation’s economy. The city of Buea, which once hosted the silicon mountain, a hub for young techs, was dismantled as a result of the growing violence in the region. The silicon mountain project could place Buea on the world map in the development of information and communication technologies.

The North West Region has always been the breadbasket of the nation as their soil produced major food crops that were sold beyond our borders. With growing violence and uncertainties, major Common Initiative Groups have halted their activities thereby reducing food production. All the above have affected Cameroons GDP. This has inextricably resulted in the increase in import of basic commodities that has a consequent unfriendly effect on the sustainability of our local enterprises and producers. 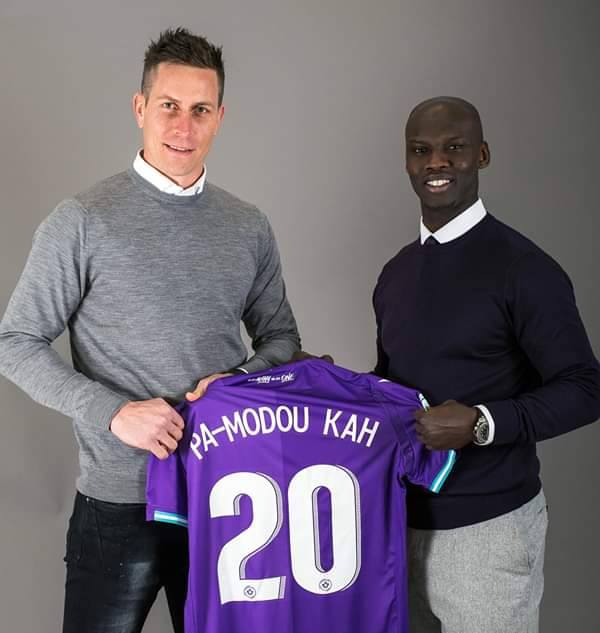 AfDB to set up pan-African Private Equity Fund for Agriculture