Grant corruption reaches its highest levels in record in Zimbabwe after thorough investigations carried by Temba Mliswa Legislator for Norton constituency. Mliswa this week on Monday addressed journalists in Harare at the Media Centre. He exposed Commissioner General of Police Godwin Matanga who carried out several corrupt activities while in office since Robert Mugabe’s reign. By then he was the Deputy Police Commissioner while Augustine Chihuri was the Commissioner General.

Police Commissioner General Godwin Matanga is alleged that whilst he was Deputy Police Commissioner subordinate to Augustine Chihuri who by then was the Commissioner General sourced goods and services from personally known friends and acquaintances for self-greedy in a shameful corrupt avarice, Zim-Sentinel has learnt this through investigations and one on one interviews as confirmed by Themba Mliswa Member of Parliament for Norton Constituency.

‘’These are serious dealings that are contributing to shameful corrupt activities. It is however sad to note that these are issues kept quiet by the Government.  It is also pathetic to note that an organization like Zimbabwe Republic Police geared to effectively and efficiently tackle the challenges presented by miscreants in society is involved in shed deals likely to add injury to pain already suffered by Zimbabweans ‘’ , he gesticulates snarling with anger .

‘’But what if these miscreants are not only members of the organization, but indeed head ranks? Who the policies police for that matter?’’ he poses a rhetoric question.

Further more to it, Matanga in December 2019 in the company of his staff officer, Transport and Logistics, Commissioner Hlabiso , is alleged again to have paid  a visit to Croco Motors with intention to purchase 80 operation vehicles without following  due tender process and procedure . In his personal capacity, he is alleged to have instructed Croco motors to clear the vehicles on customs clearance certificates under the Zimbabwe Republic Police. He is further alleged to have instructed Croco Motors to brand the afore-mentioned vehicles in ZRP colors ready for collection.

‘’During routine inspections of Croco Motors, ZIMRA, Zimbabwe Revenue Authority officials discovered various anomalies in the procurement process of the vehicles. Alarms rang and Matanga did not collect the vehicles initially as agreed. Matanga then made an attempt to institute regulated tender procedures in retrospect, but failed, He then preceded to have payment made for 15 [fifteen of the 80 [eighty] vehicles which are currently packed at ZRP warehouses. The remaining 65 [sixty-five vehicles remained at Croco Motors warehouse in Harare. He made efforts to make the matter vanish at Croco Motors.’’ , he adds more .

‘’ZRP paid double the amount of each vehicle. Other players were denied the opportunity to tender as the procurement process was flouted and fraught with irregularities. This prejudiced ZRP of a huge sum of money in the process’’;, continues Mliswa .

Matanga also approached Scan-Link in another incident of grant corruption. The intention was to purchase command vehicles for Chief Superintendents and Assistant Commissioners at a cost of approximately USD 43 ,000 each for Chief superintendents and USD66,000,00 for each for Assistant Commissioners. The total number of vehicles is yet to be verified. The value of the vehicles were inflated two-fold at the behest of Matanga . This price anomaly came to light. In an attempt to conceal corruption, ZRP tried to engage Scan-Link to reimburse the value of the inflated amount.

There are several cases as well in relation to 5 [five]residential stands at Sandton development near Westgate in Harare. These were obtained through corrupt means involving a dealer called Felix Munyaradzi . Matanga is as well the beneficiary of stands acquired through the then Mayor of Harare Herbert Gomba .

‘’The procurement violations are apparently not limited to the above listed and it is believed that the flouting of procurement procedures, price inflations, the indiscriminate arrests of targeted individuals, persecution as opposed to persecution, abuse of office and corruption are all allegations that a concerted and thorough investigation will un-earth.

‘’These are allegations that I have officially submitted to the Zimbabwe Anti-Corruption Commission. For all this to move on well, Matanga must immediately step down so that investigations move on well. How can an officer investigate his boss while still in office? Thus, why many of the previous number of cases have died silently over the years ‘’.

‘’Matanga must be investigated together with some other people sucked in like the Director of the Special Anti-Corruption Unit in the President’s office, members of the Magistrate Court and CIO. This is causing fear and despondency to its victims who are allegedly arrested either by police or SACU, Southern Africa Customs Union. The problem un-earthing all evidence is that there are bribes demanded from those guilty so that they can be released. Alleged syndicates are believed to target those loyal to His Excellency President Mnangagwa, senior ZRP officers and some individuals ‘’ he concluded. 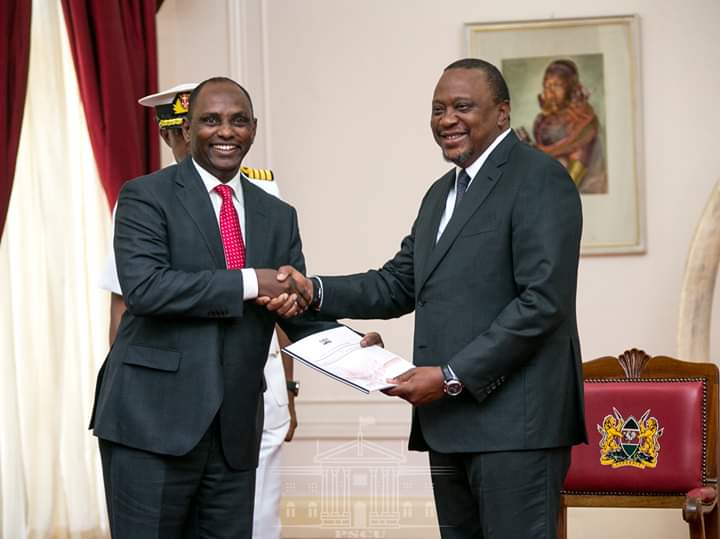