Nationwide protests began on October 8, 2020, calling on the authorities to abolish an abusive police unit called the Special Anti-Robbery Squad (SARS). In response, the police have shot tear gas, water cannons, and live rounds at protesters, killing at least four people and wounding many others. Armed thugs have also disrupted protests and attacked protesters.

“People exercising their right to protest and calling for an end to police brutality are themselves being brutalized and harassed by those who should protect them,” said Anietie Ewang, Nigeria researcher at Human Rights Watch. “This underscores the importance of the protesters’ demands and the culture of impunity across the policing system, which is in dire need of reform.”

The protests were sparked by a video that surfaced online on October 3, allegedly showing a SARS officer shooting a young man in Delta state. This generated an outcry on social media, especially Twitter, where the hashtag #EndSARS began trending globally, and led to protests across Nigeria and in other cities around the world.

Responding in part to the protesters’ demands, the government announced on October 11 that the SARS unit would be disbanded. Yet its members will be integrated into other police units following “psychological tests,” and SARS is to be replaced by a Special Weapons and Tactical Team that is to begin training next week. No steps have been taken to hold SARS officers to account for past abuses, or to investigate and prosecute those responsible for the recent crackdown on protesters.

SARS was formed in 1992 to combat armed robbery and other serious crimes. Yet since its inception, the unit has allegedly been implicated in widespread human rights abuses, including extrajudicial killings, torture, arbitrary arrests, unlawful detention, and extortion. Many Nigerians feel that the unit has deliberately profiled and targeted young people, especially those with tattoos, dreadlocks, and visible possessions such as phones and laptops. Over the years, Nigerian authorities have repeatedly promised to reform SARS and ensure accountability for abuses by its officers, but with few results.

Although the authorities have now agreed to abolish SARS and take measures to end police brutality, the protests led by young Nigerians have continued. Protesters are calling for more far-reaching reforms and critical action to address police brutality, especially in the wake of attacks against protesters.

On October 10, a young man, Jimoh Isiaka, was allegedly killed when police opened fire to disperse protesters in Ogbomosho, Oyo state, media reports and Amnesty International have said. At least two other people – a man and a teenage boy – were killed the following day in protests against Isiaka’s death, based on a Premium Times investigation that included a video purporting to show police officers dragging bodies into an armored personnel carrier after the shooting.

The Oyo state governor confirmed that three people were killed and at least six others injured during protests in the state. The police said in a statement that they only used tear gas to disperse the protesters and denied allegations of any shooting on October 10.

In Abuja, police dispersed protesters on October 11 with tear gas and water cannons. Human Rights Watch interviewed three people who participated in or were in the vicinity of the protests and were badly beaten by officers.

One, a 30-year-old woman, said that at least four police officers beat her with big sticks and batons soon after the police fired tear gas and water cannons on protesters.

“When we saw officers down the road from us had formed a line facing us, we stopped moving and we sat on the ground or knelt down to show them that we were not aggressive,” she said. “But before we knew it, tear gas started flying all over the place and a strong force of water followed for about 10 to 15 minutes nonstop. I had a mask on and with the water hitting my face, I found it very difficult to breathe. They soon started running in our direction. I didn’t run because I shouldn’t have to; I was not doing anything wrong.”

The woman said that one officer began beating her with a stick, and when she tried to ward him off, two others joined in, with a stick and baton. She lay flat on the ground as they continued beating her. Eventually someone who had been observing and filming on the other side of the road came by in his car and shouted at her to get in. As she tried to get in the car, another officer hit her back with a big stick. She said that the beating fractured her skull and she has had dizzy spells since. She has been hospitalized.

Another, a 28-year-old woman, said that she was on her way home from work on October 11 around the Federal Secretariat in Abuja when she saw a crowd of people running in her direction. She also started running but soon stopped to figure out where she was going.

“As soon as the police arrived there and saw me, one asked me what I was doing there, and when I replied that I was on my way back from work, he asked, ‘Which work?’” she said. “I didn’t even get a chance to explain or show identification before others came and started beating me with big sticks. About six officers gathered around me, beating me as I lay on the ground. One even threatened me with a knife; they emptied the contents of my bag all over the floor and smashed my phone before they let me go.”

On October 12, police officers in Surulere, Lagos, opened gunfire to disperse protesters, killing 55-year-old Ikechukwu Ilohamauzo, media reported. Human Rights Watch interviewed two protesters and one journalist at the scene. One protester said that the police arrived and opened fire to disperse the protesters when they were close to a police station around Western Avenue. As he and others were running, they realized that a man had been hit by a bullet and went back to where he was. The protesters watched and filmed as a medical team tried to give the man emergency care, but he died. Human Rights Watch reviewed the footage and has it on file.

Media reports said that Ilohamauzo was a driver stuck in traffic in the vicinity of the protests who came out of his vehicle to urinate when he was struck by a stray bullet.

Police in Surulere claim that Ilohamauzo was killed by a stray bullet from protesters who they say also shot and killed a police officer during an attack on the police station. They arrested three protesters whom they claim were responsible. Videos have since surfaced online, however, that purport to show that the officer fell to the ground after a burst of fire from his colleagues. The protesters were eventually released. Human Rights Watch has not seen any evidence indicating that protesters were armed or firing on the crowd.

The police arrested dozens of protesters, refused some of them access to their lawyers, and only released them following the intervention of senior government officials, including the state governors and the Senate President. There have been reports of police damaging and confiscating the cameras of protesters and journalists. Alleged pro-government thugs have also injured protesters and destroyed property, media reported.

On October 15, the Nigerian army warned “subversive elements and troublemakers” to desist and offered to “support the civil authority in whatever capacity to maintain law and order.” The Nigerian army has also been implicated in human rights abuses, including the use of lethal force against peaceful protesters.

The right to peaceful protest is guaranteed by the Nigerian constitution and international human rights law. Unnecessary use of force to disperse protesters is unlawful. Protesters should instead be protected by the authorities.

“Nigerian authorities can no longer evade the need for serious reform and accountability in the police system,” Ewang said. “They should go beyond words and send a signal that it is no longer business as usual by investigating the attacks on protesters and taking immediate steps to hold officers and others accountable.” 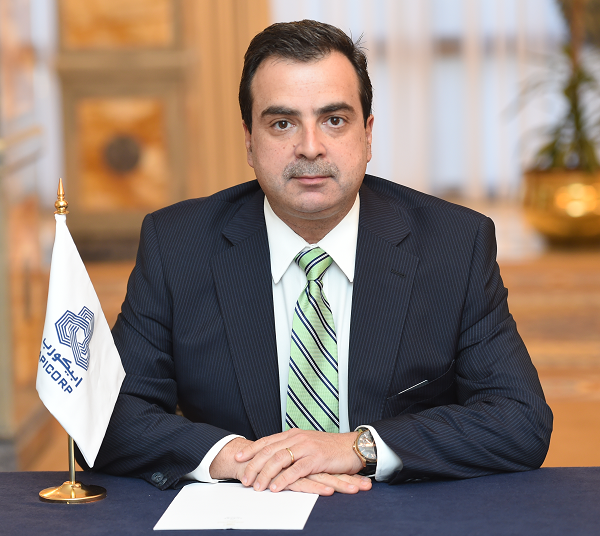