Two Westgate Mall terror attack suspects have been found guilty of conspiracy to commit a terrorist attack by a Nairobi court.

The two include the first and fourth accused Mohammed Ahmed Abdi and Hussein Hassan Mustafa.

In his ruling on Wednesday, Milimani Chief Magistrate Francis Andayi said the evidence presented was enough to incriminate the duo.

According to the Chief Magistrate, the case was heavily attached to the communication data between the suspects and the attackers.

He noted that it was proven that the SIM cards recovered at the scene of the attack were frequently used to communicate with the accused persons.

However, the court acquitted the second accused, Liban Abdullah Omar, of all the charges levelled against him citing lack of evidence.

“I give the second accused the benefit of doubt in communicating with his brother who was one of the attackers. Not everyone who speaks with the accused is guilty,” said Andayi.

The prosecution urged the court to hold on to the issue of sentencing to allow the victims of the attack to write victim statements.

The third accused, Adan Dheg, was freed in early 2019 after the court ruled that he had no case to answer.

A tough year ahead for South Africa’s ANC 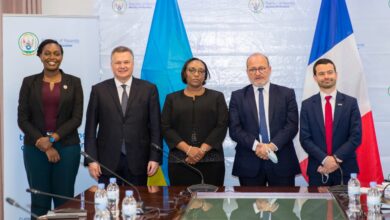