In his ruling, Justice Weldon Korir said the election of sitting lawmaker Anne Wanjiku was in violation of the law.

Waibara argued in his petition that the MP run for the seat before she resigned as a nominated member of Kiambu County Assembly (MCA).

Justice Korir ordered the Deputy Registrar to forward the ruling to the speaker of the National Assembly for appropriate action and directed the Independent Electoral and Boundaries Commission (IEBC) to conduct fresh polls.

Following the ruling, a section of Kenyans took it to social media jokingly told the Jubilee Party Secretary-General Raphael Toju not to field the outfit’s candidate and instead leave the seat for the Orange Democratic Movement (ODM) party.

They were referring to Tuju’s announcement on September 23, 2020, that the ruling party will not field a candidate in Msambweni by-election citing recent cooperation with ODM.

“The country has very serious constitutional matters to deal with that will require sobriety and reaching across the political divides to navigate our beloved country across some of these challenges,” Tuju said.

The seat was left vacant following the death of ODM MP Suleiman Dori.

“In the spirit of the handshake, Jubilee will not field a candidate,” posted John Joel.

“I am sorry Jubilee Party will not be fielding any candidate in respect to handshake and BBI and that slot will be donated to ODM to unite the country,” said Julius Kipsang.

“Uhuru is a democrat, Jubilee will back the ODM candidate, “added David Kimani. 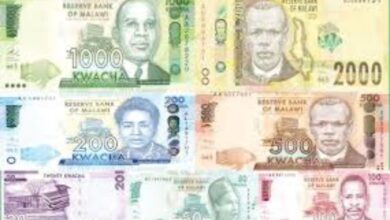 Philips to embark on annual roadshow across the African continent for sixth consecutive year – covering 12,000 km, 11 cities and 8 countries