The African Energy Chamber will file a lawsuit seeking an injunction to stop the implementation of the Bank of Central African States (BEAC)’s reckless foreign exchange (forex) regulations that are anti-African, against small businesses, and against investors.

International energy companies and local services companies spend a lot of time serving people, solving problems, and saving lives with the energy and service they provide. The African Energy Chamber’s (www.EnergyChamber.org) members create jobs, expand economic opportunity for many local communities across Africa and support a prosperous future for all Africans. Despite the Covid-19 pandemic, they never stopped working for our continent, and continue to inspire us by getting up every day and working harder because they believe in the power of free market as a force for good in our communities, and in our fight against poverty. At the African Energy Chamber, we get up every day to help them do it. We must fight for the ability of our energy industry to hire, invest, grow, and succeed in Africa.

As 2020 comes to an end, Africans are living in a remarkable moment of uncertainty due to the ongoing Covid-19 pandemic. Millions have lost their jobs, and hopes of an economic recovery remains non-existent for a majority of African families. As if that is not enough, bureaucrats at the Bank of Central African States (BEAC) have decided to push through job-killing and investment-killing regulations that are already increasing unemployment, and will ultimately kill any hopes of seeing future investment in Central Africa.

The aspirations of governments and local companies across the CEMAC region to build a vibrant and jobs-creating energy sector have indeed been dramatically affected by the foreign exchange regulations imposed by the BEAC. Such regulations are putting extremely deterring barriers of entry for investors in Gabon, the Republic of Congo, Cameroon, CAR, Equatorial Guinea and Chad, and a bitter halt to any kind of local content development for companies and entrepreneurs in these countries.

While the end goal of the BEAC to fight corruption is noble and must be supported, in essence its regulations prevent the free flow of capital and the repatriation of profits, and deny local companies the ability to compete on equal terms with their foreign counterparts.

Because of the region’s reliance on imports of equipment and material for oil & gas operations, the ability of local companies to establish strong business relationships with foreign partners is central to their competitiveness and ability to secure contracts. However, CEMAC’s forex rules mean its local services companies are now unable to quickly and efficiently pay their foreign suppliers. Concretely, it would take a local services company from CEMAC several months to honour its contractual engagements with an operator, compared to only a few days or weeks for any other competitor not constrained by the same forex regulations.

As a result, companies in Central Africa are condemned to inexorably lose the contracts they have worked so hard to secure from foreign operators and contractors. In a region where oil & gas represents 80% of revenues, the consequences for economic growth and jobs creation could be catastrophic. To make things even worse, BEAC’s Instruction No. 002/GR/2020 of September 2020 on currency transfers outside of the CEMAC region has set up additional taxes of 0.75% on all transfers made outside of CEMAC starting January 1st 2021, on top of existing fees and taxes.

On behalf of the fight against corruption, the African Energy Chamber can only observe a gradual killing of investment in Central Africa, made through the punishment of local entrepreneurs. A big difference needs to urgently be made between fighting corruption and punishing hard working entrepreneurs, and it needs to be done before it is too late. The BEAC cannot love and support jobs while it hates or punishes those who create jobs.

Combined, the CEMAC members produce about 700,000 barrels of oil per day (bopd). They also produce increasing quantities of natural gas, and the region houses up to 5 million tonnes per annum of LNG export capacity, shared between Equatorial Guinea and Cameroon. But as it tries to recover from the Covid-19 crisis and the historic crash in oil prices, we can only expect operators to be forced to contract international companies at the detriment of local ones. In Equatorial Guinea, where the Ministry of Mines and Hydrocarbons has pushed for increasing local content compliance, all such efforts are now jeopardized by the BEAC’s monetary policies. Similarly, the latest local content regulations within the new Hydrocarbons Code of Congo (2016) and Gabon (2019) and the new Petroleum Code of Cameroon (2019) are now all made pointless unless the region’s monetary authority takes a drastic policy turn.

The African Energy Chamber, its partners and members urgently call on the BEAC to act in the CEMAC Zone’s own interest, in the interest of its workers and its companies. The need to have a monetary policy that takes into account the concerns and voice of the region’s biggest revenue-generating industry is dire. At a time when Africa gets ready to roll out the African Continental Free Trade Area (AfCFTA), CEMAC and its business communities risk being further left behind.

If CEMAC energy markets are to recover from the historic crises of 2020 and improve the standard of living of their population through economic growth and jobs creation, the investment climate and business environment must be supported by market-driven policies and the right financial regulations.

Excessive regulation has become a threat to individual freedom and prosperity, and must be curbed as local companies stand to suffer the most. In an era where capital investment in the energy sector is drying out, especially for African oil and gas projects, CEMAC’s heavy-handed approach is not helpful and is counter-productive.

A policy turn is required to properly fight energy poverty, and a relaxation of foreign exchange regulations must be accompanied with lower taxation on local companies, better fiscal terms for exploration companies, particularly corporate taxes, and the promotion of greater prosperity, individual freedom and investment.

Kenyan economy to grow at under 2.5% this year -finance minister 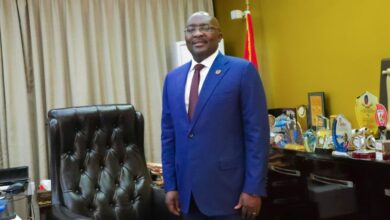