The insurgency began in October 2017 and affects several districts in the northern province of Cabo Delgado. Fighting between the group and government forces has left more than 1,500 civilians dead, displaced more than 250,000, and resulted in more than 700,000 people needing emergency assistance. The insurgents have committed beheadings, attacks on villages, summary executions, looting, and destruction of infrastructure, including schools and health centers.

In a letter sent last month by the Mozambican minister of foreign affairs and cooperation, Veronica Macamo, to the EU high representative for foreign affairs and security policy, the government asked for humanitarian and logistical support, and specialist training for the Mozambican defense and security forces. It was the first time that the government publicly acknowledged the need for international assistance in fighting the insurgents.

The EU ambassador to Mozambique, Antonio Sanchez-Benedito Gaspar, said that EU support will be divided into three pillars – humanitarian assistance, security, and development. He ruled out sending European troops.

The EU says it will work out the details of these requests on matters of military training, logistics, and medical assistance for the defense forces. In the interests of transparency, these details should be made public. That includes obtaining verifiable commitments from the Mozambican security forces to respect human rights in its operations and hold violators accountable.

Mozambican state security forces have been implicated in grave human rights violations during operations in Cabo Delgado, including arbitrary arrests and detention, torture, wrongful force against civilians, and extrajudicial executions. The government has not taken any known steps to investigate those abuses or punish those implicated.

The EU’s engagement with Mozambique should prioritize the protection of civilians and suspected insurgents in custody. EU assistance to the Mozambican government should be clear on that point. 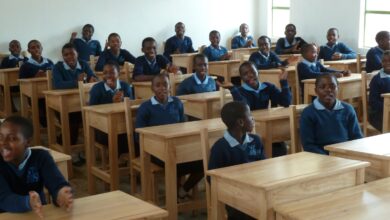