The US residential polls are akin to a drama that is staged every four years in which the American are actors on stage and the rest of the world is the audience. With one major difference, however. While in a usual theatrical performance the viewers are there mostly for amusement, though some may be enlightened and enriched by the experience, in the case of the US elections, unlike in others, their fates are inextricably linked to the outcome of the play. This is not predetermined by any playwright, though it can often be predicted. It is not implausible therefore for some on-lookers to want to intervene in what’s happening onstage. It must be done discreetly, and with great circumspection. Take for instance, the Russians in the American elections in 2016. The Russians and President Donald Trump hotly dispute allegations of any such interference.

Unsurprisingly, there is a great deal of intellectual resources devoted to model-building in order to be able to predict election outcome. The purpose is to develop a methodology superior to mere crystal -ball gazing. So many caveats are often entered into the exercise that robs it of major value. In the US, elections are ultimately decided according to votes cast by the electoral college of 538, comprised of representatives from the States. So, the magic number for victory is 270. Each State chooses its own electors, and these members of the electoral college vote on a ‘winner take all basis’. In other words, if a majority of the voters from a State vote for one candidate, all electoral college votes from that State are meant to be cast in favour of that candidate. Electoral college vote results may not, therefore, as they have not in some cases in the past, reflect the winner in terms of national popular votes.

For the purposes of prediction, the prestigious British journal ‘The Economist’ has developed a somewhat complex model indicating Mr Joe Biden of the Democratic Party as the winner. At writing, it is giving 91.7% chance of electoral victory and 98% chance of popular majority to Mr Biden. The Financial Time’s tally for Biden stood at 298. Professor Allan Lichtman of the American University and author of “The keys to the White house”, who has accurately predicted every Presidential electoral outcome correctly since 1984 using “13 key factors”, has predicted Mr Biden will win. In the ancient times, Greek and Roman drama-writers used a concept called “deus ex machina’, literally god out of a machine, in their scripts. This is an unexpected power originating from the gods, is introduced which alters the course of the narration.

It seemed for a while that nothing short of a divine intervention, a remote likelihood for Mr Trump in the view of his detractors, could save him from certain defeat. But then the race began to tighten, partly caused by apprehensions in some quarters with regard to the social unrest currently sweeping America, and Mr Trump’s repeated reassertion of Jeremiads against violence .Given the dichotomized and divided nature of the American electoral , both sides have loyal bases who will vote in accordance with their a priori views, come what may. So, the contest is basically for the minds and hearts of 8 to 9 % who are still undecided. These are the potential Biblical ‘Sauls on the Road to Damascus’ of the electorate, the potential converts to the other side. That is also the percentage point of Mr Biden’s current lead. So even if Mr Trump should win over most of the undecided numbers, which in itself is a stretch, Mr Biden would still have an edge.

This has encouraged Mr Trump to fight back. Unlike in the UK where the system of governance usually follows a culture of “good- chap model”, whereby political actors conform to a code of conduct perceived to be virtuous, no such tradition appears to shape American political behaviour. The absence of European-style feudalism that helped inspire such norms in the ‘old world’ might have impeded the development of such values in the immigrant political milieu of the ‘new world’. Mr Trump has provided a supreme example of this phenomenon almost all through his entire first term in office. He capped it at the Republican National Convention by using the White House, always seen as an apolitical institution (a ‘Peoples’ House’) as the venue for his speech accepting Party nomination for his second term of the presidency. Past occupants of the official residence of the president of the United states have abstained, indeed recoiled from politicizing what is largely accepted as a national symbol of unity Because of these reasons, the framers of the US Constitution had thought it wise to put down in writing the details of how the polity should be governed. They were wary of putting their trust entirely trust entirely on intrinsic human morality. Their faith in God did not extend to the faith in their own ilk. They were uncertain if their fellow-Americans would be able to rule democratically within a framework of established tradition of good governance unless a written Constitution set-out the guidelines. They were wise, but apparently not comprehensive enough. They left sufficient gaps and loopholes for the system to be gamed by politicians of lesser virtuous pedigree.

The equivalent of the US President in Britain is, not the Queen, but the Prime minister. Across the Atlantic the Prime Minister is the ‘primus inter pares” or first among equals who governs with the aid and joint responsibility of a Cabinet of colleagues. In the US the Secretaries, often termed Cabinet-officers rather than Cabinet–members, are, though appointees of the President, are approved by the Senate. As heads departments they are loosely equated with British Ministers. But they are not colleagues of the President in a political sense and become a part of their department whose role is apolitical. For instance, the top diplomat in Washington the Secretary of State does not while performing duties at home and abroad, associate his office with domestic politics. Recently, the current incumbent, Mike Pompeo, blatantly broke that rule, by politically using a trip to Jerusalem to advance the President’s political aspiration publicly.

According to British public service culture, as also in many democracies, officials shun active politics. In the US such behaviour was written into law. The Hatch Act of 1939 prohibits employees of the federal government, except for the President and Vice President, in engaging in some form of political activities. But nowadays some allege that it is being honoured more in the breach than the observance. Many elements of democracy, such as voting rights for all, came later in the US than is often realized. The author and historian Michael Beschloss worries that unless these are protected they may also erode quickly. The incredibly sad consequence would be what the Fathers of the Republic wanted to avoid foremost, a descent into tyranny. Any law has content and spirit. The spirit is often equally important.

Take the question of leaving office. In Britain, should a Prime Minister lose the elections, or be defeated in a vote of no-confidence in the House of commons, he or she would proceed to the Palace, either kiss the Queen’s hands or offer her a curtsy and resign office. For this politician, it would not mean a withdrawal from politics, and thereby would be less painful. Office is seen as merely a privilege to serve the community. In America on the other hand for the President calling quits is forever, hence there is a burgeoning view that given Trump’s disinclination to conform to ‘good chap ‘ behaviour , he may drag his feet at leaving office , particularly if the results are close , alleging electoral fraudulence. The Biden crowd is suggesting if that be the case, the military would, or should, march Trump out of office. The US military has experience of marching several foreign Presidents out of office, but never one of its own. That would indeed be a unique experience!

While the component States of the American Union is largely governed by the Governors, foreign policy is the President’s domain. Given the military and economic clout of the US, their politics often become central to our concerns. Hence the need for the world beyond the US to understand, assess and evaluate them. For instance, a re-election of Mr Trump would mean a further retreat of the US into “Fortress America” and a greater disengagement from the world. On the other hand, a Biden Administration would mean a greater engagement, with other nations, multilateral institutions and issues such as Climate Change and Arms Control. That is why a US Presidential election generates a degree of interest in say India, Pakistan or Bangladesh as in Hawaii, Nebraska or North Carolina.

Text-books in Civics and Comparative politics, particularly in the Anglo-Saxon world, often tend to differentiate the British and American systems, sometime a tad simplistically, as being ‘Parliamentary’ ‘and ‘Presidential’ forms of governance. The French, with their own mixed form, never quite played along with this idea. That was also before China came to salience with their model of government based on ‘socialism with Chinese characteristics”, which no one else follows till now, but is important because China is. The Indian example is too chaotic to be recognized as a norm.

Writing his classic work ‘The English Constitution’ in 1867, Walter Bagehot argued a Constitution needed two parts: a ‘dignified’ one, to ‘excite and preserve the reverence of the population’ and the other , an ‘efficient’ part , ‘to employ that homage in the work of the government’. In Britain the two parts were sought to be kept distinct and to date has operated more or less smoothly. In the US they became, somewhat of a mixed hodgepodge. Around the mid- nineteenth century, a French political observer visiting America, de Tocqueville, perceived a discernible difference between appearance and reality in America. So, while trying to rid the new world of the tyranny of a King, were the framers of the US Constitution inadvertently creating an Emperor? Some may ponder. Confronted with such a question, Mr Trump might nonchalantly respond, “it is what it is”!

Dr Iftekhar Ahmed Chowdhury is Principal Research Fellow at the Institute of South Asia Studies, National University of Singapore. He is a former Foreign Advisor (Foreign Minister) of Bangladesh and President of Cosmos Foundation Bangladesh. The views addressed in the article are his own. He can be reached at: isasiac @nus.edu.sg

This story was originally published by Dhaka Courier.

The post US Poll Predictions and Presidential Politics in the American Polity appeared first on Inter Press Service.

A Red Notice against Trump? 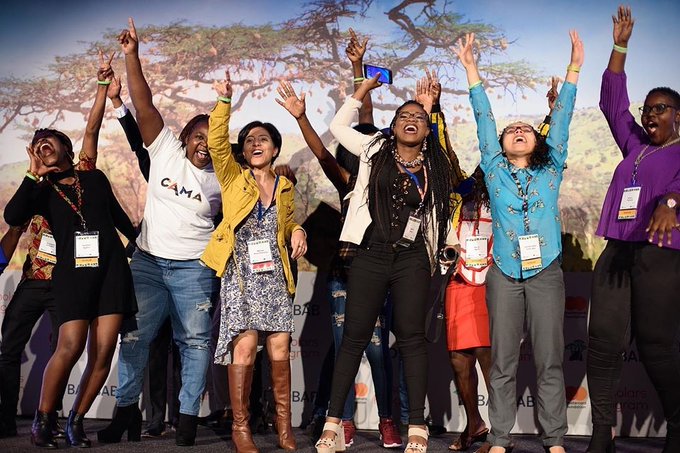 George Bizos- the man who helped save Mandela’s neck